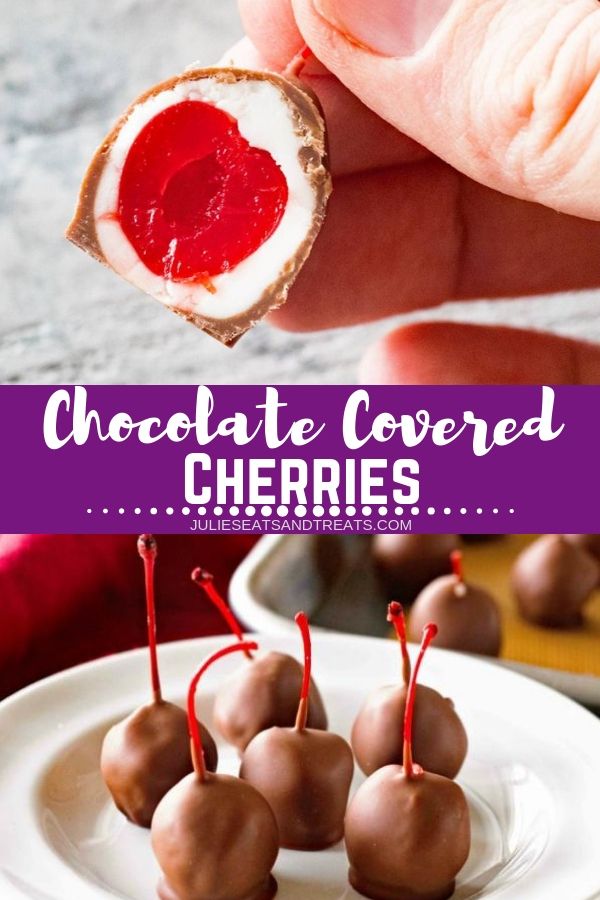 Do you love Chocolate Covered Cherries as much as me? I grew up on the store bought treats, but now that I know how to make them at home I’ll never have them another way. These are great to make ahead and store in the freezer for the perfect Christmas treat recipe. Your holidays won’t be complete without these! 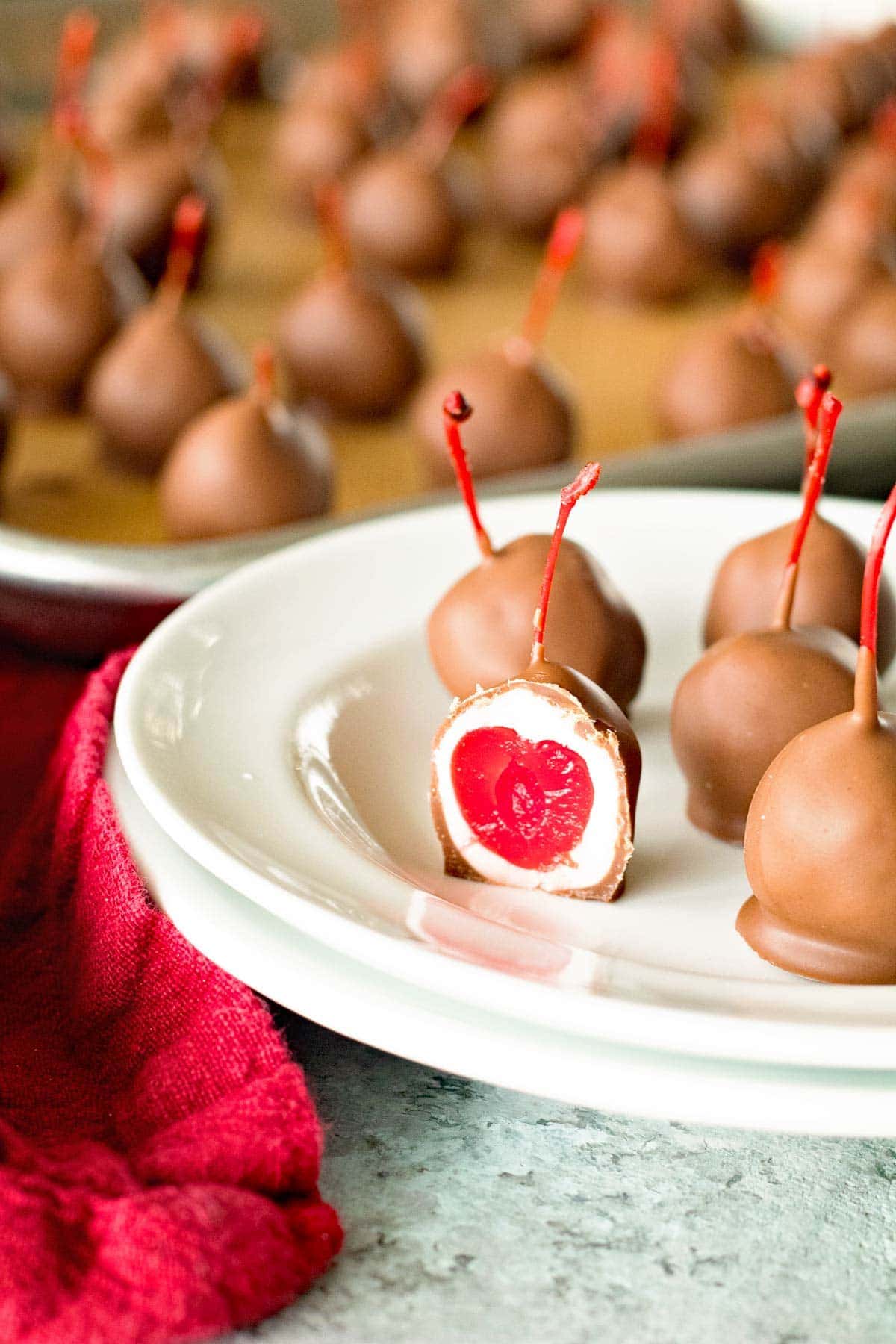 Memories. They are a great thing aren’t they! As I get older they get a little bit more treasured every year. I also try to focus on creating them for my kids. These Chocolate Covered Cherries made me reminisce about Christmas as a child.

You see, no one like them but my Dad and I, so we always fought over them! Not sure why we fought, as there were plenty to go around. We always ate the ones from a box, but I had to try to make my own this year!

They weren’t nearly as hard as I had it in my head they would be, just took a bit of time and planning. You just take a Maraschino Cherry, roll it in a powdered sugar mixture and dip it in chocolate almond bark.

The hardest thing is just waiting to let them sit up between the rolling in powdered sugar and dipping. I filled in that time by making a batch of my famous Chocolate Covered Potato Chips. Also, these are best if they sit for two weeks, but I dug right into a few and thought they were great too!

Can chocolate covered cherries be frozen?

Actually no, don’t freeze the chocolate covered cherries. Because there is so much moisture in the cherries when they freeze, the cherries expand. The layers crack and though they taste good, they won’t look pretty and presentable at all.

Are chocolate covered cherries and cordial cherries the same thing?

The difference between the two is cordial cherries contain alcohol. I like my version because they are family friendly!

What is the best way to store Chocolate Covered Cherries?

Go grab the ingredients to make this Chocolate Covered Cherries Recipe and start creating your own memories! I assure you they are 100 times better than the store bought ones! 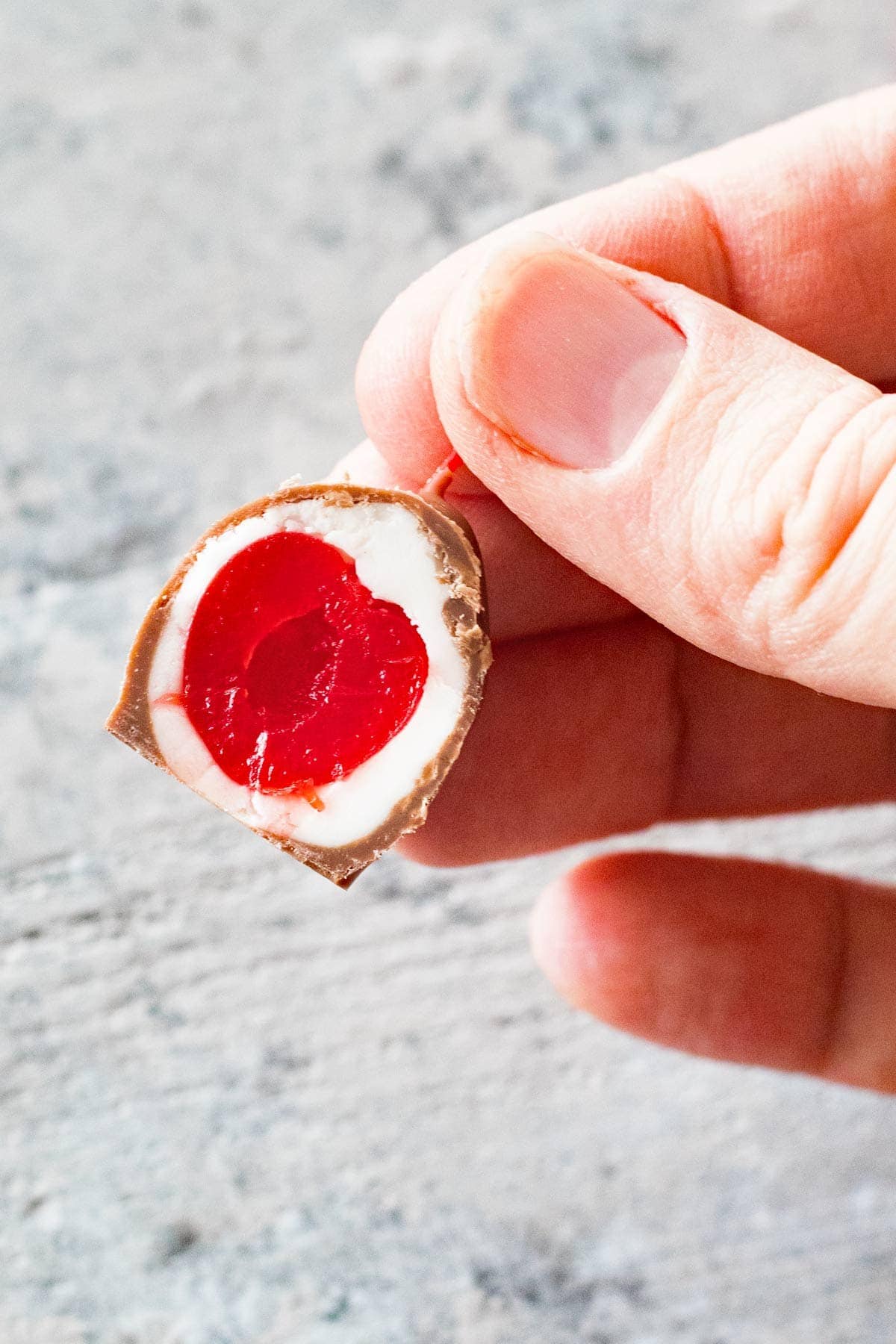 WATCH THE STEP BY STEP VIDEO FOR THIS CHOCOLATE COVERED CHERRIES RECIPE BELOW:

END_OF_DOCUMENT_TOKEN_TO_BE_REPLACED

I'm here to help you win in the kitchen again! Life is Busy, Life is Crazy, but that doesn't mean you can't make your family dinner! Julie's goal is to provide you with easy, family, friendly recipes that use pantry staples. Dinnertime will be stress free again!
More Recipes
22435 shares