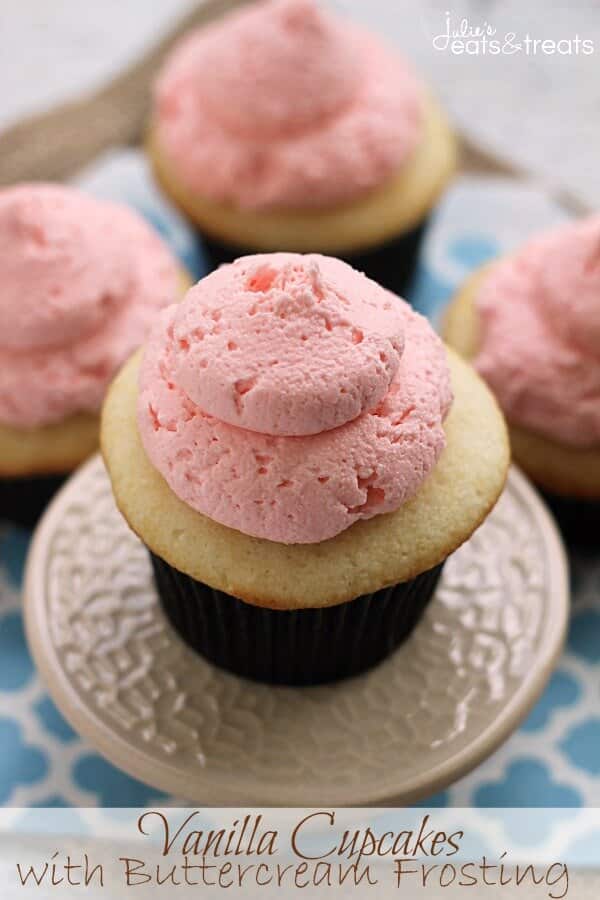 Back when I was in high school I was the queen of cupcakes. Every few weeks I would mix up a batch and treat my family. I had tons of fun cupcake sprinkles and liners for every season and occasion. The only thing was that I never got out of my comfort zone when it came to the actual cupcakes. I used a vanilla boxed cake mix and frosting every single time. I might have colored the frosting but that was it. Don’t get me wrong. I have nothing against boxed cake mix and I still use it to this day. Sometimes you just need fast and easy!

What I didn’t know was that there were all these other amazing flavor combos out there. I blame this on the fact that I was sixteen and there was no such thing as Pinterest! I am simply amazed by all the bloggers that come up with to die for flavor combos and they make cupcakes that are so beautiful that I don’t really want to even bite into them. Well, I mean if they gave me some I totally would, but you get what I’m saying! So other bloggers… note that I will not turn down homemade cupcakes ever. Mmmmk? 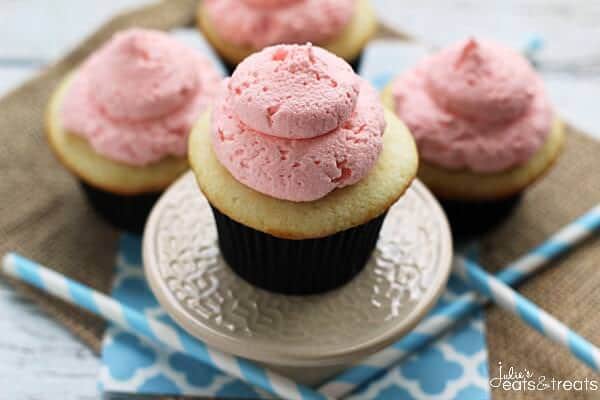 These amazing Vanilla Cupcakes with Buttercream Frosting aren’t WAY out of my comfort zone but they are a great staple cupcake you can adapt as you’d like. I made up a batch of them for Miss K’s second birthday party. Yes, it was like 3 months ago and you can tell that I’m super on top of things by the fact I haven’t posted these treats yet! Other things just came up and this treat just kept hanging out waiting for me to give it some love. So hear it is!

Perfectly moist and delicious Vanilla Cupcakes that are topped with a to-die for Buttercream frosting that is light and airy. I kind of wanted to shove my face in the whole batch, but I had guests to feed and manners to show so that didn’t happen. I won’t tell you what I did with that left over frosting though….

END_OF_DOCUMENT_TOKEN_TO_BE_REPLACED

I'm here to help you win in the kitchen again! Life is Busy, Life is Crazy, but that doesn't mean you can't make your family dinner! Julie's goal is to provide you with easy, family, friendly recipes that use pantry staples. Dinnertime will be stress free again!
More Recipes
15 shares