Grilled BBQ Bacon Twice Baked Potatoes- Tender potato shells stuffed with mashed potatoes flavored with barbecue sauce, bacon and cheddar cheese, and grilled to perfection! Microwaving the potatoes keeps things super easy and keeps the house cool in the summer. You can also bake them in the oven if you desire. 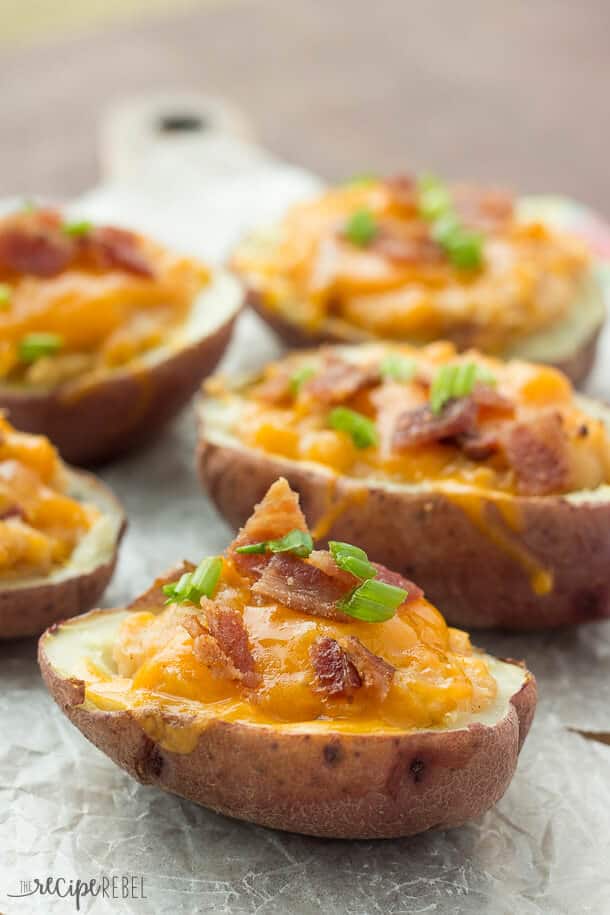 Hi friends! Ashley from The Recipe Rebel joining you again with more bacon and cheese (don’t look at me that way).

I am obsessing over the grill this summer.

This is totally unlike me, but I have to say — I kind of like it! This whole trying to cook seasonally appropriate things is actually a lot of fun. I mean, grilled food and ice cream — what’s not to love?! 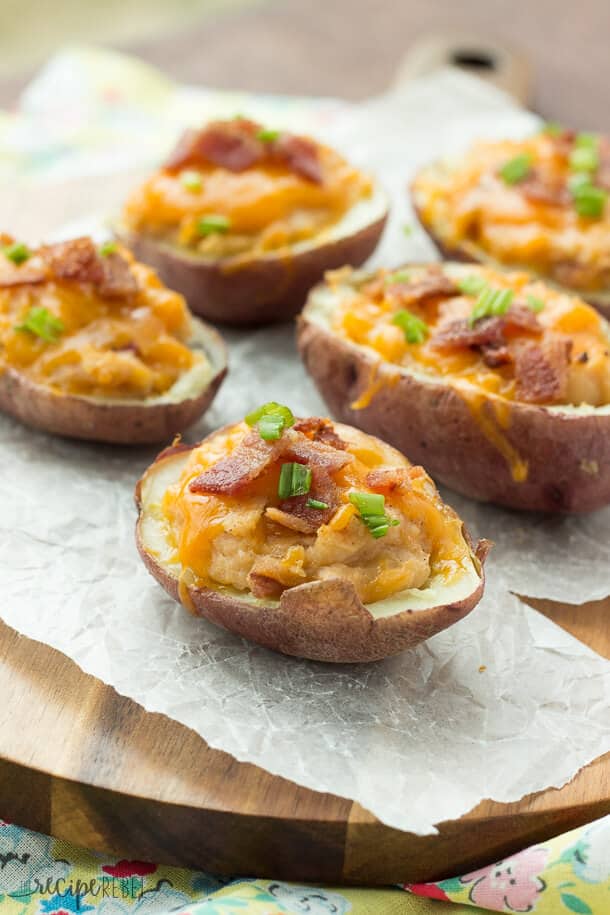 I actually love the beginning of all of the seasons: Spring, Summer, Fall, Winter — they’re all exciting to start with! The thawing of the snow in Spring, the first real heat of Summer, the turning of the leaves in Fall, and the first snowfall in Winter — I love them. But Summer is the only one I never really want to end! Who’s with me?

I’m definitely enjoying taking advantage of the nice weather (and even the not-as-nice weather) and getting outside to do my cooking. 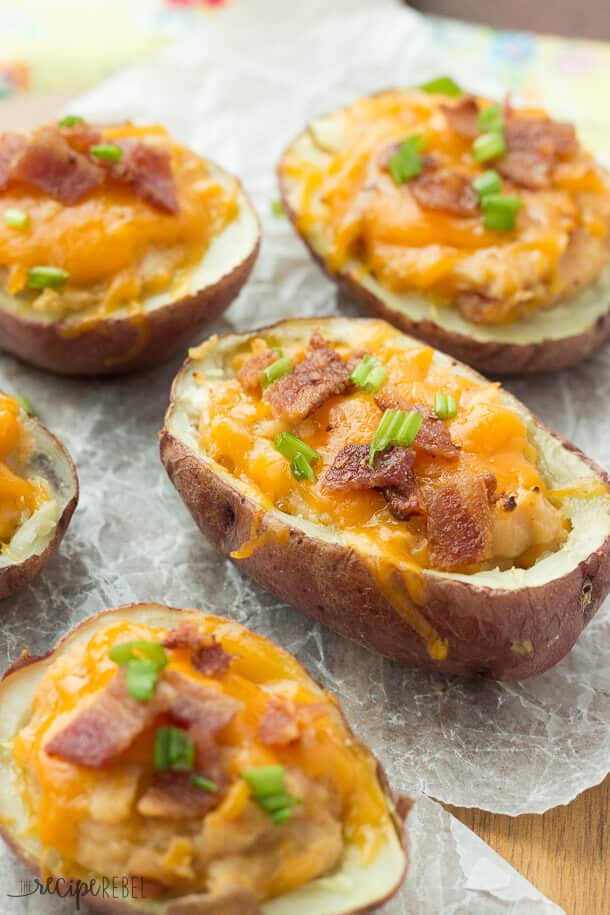 I’ve been wanting to experiment with some twice-baked potatoes on the grill for quite a while. I am just such a sucker for comfort food! I thought about cooking the potatoes on the grill first, but I didn’t really want to babysit them for an hour and make sure they didn’t burn and the temperature was right. I thought about baking them first in the oven but it’s summer — we don’t do ovens!

So I decided I’d microwave them and it was SO easy! Mine were done in just 8 minutes, which is so much quicker than cooking them any other way. Perfect for maximizing your time outdoors this summer! 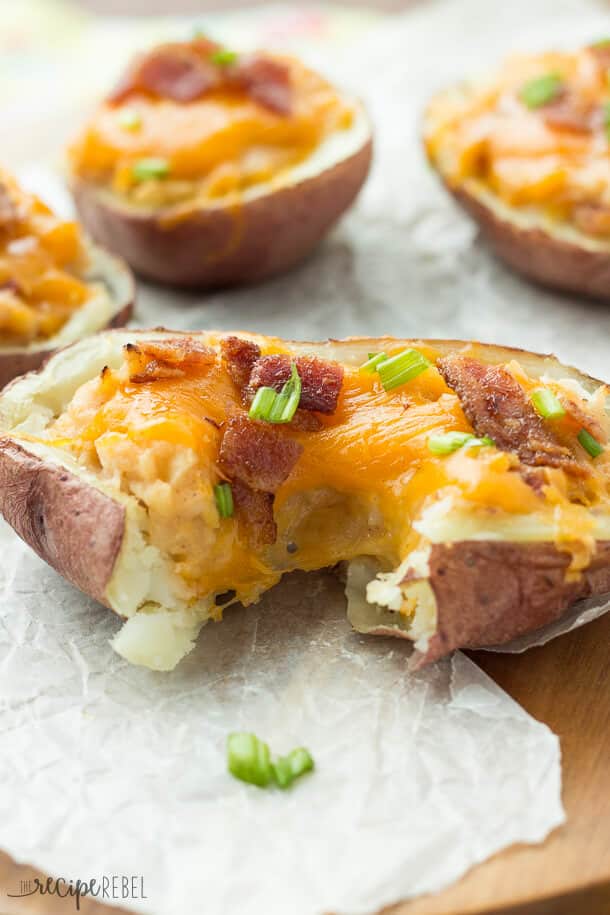 You can adjust the fillings and flavorings as you like, but I highly recommend the barbecue sauce — it’s a twist you won’t regret! 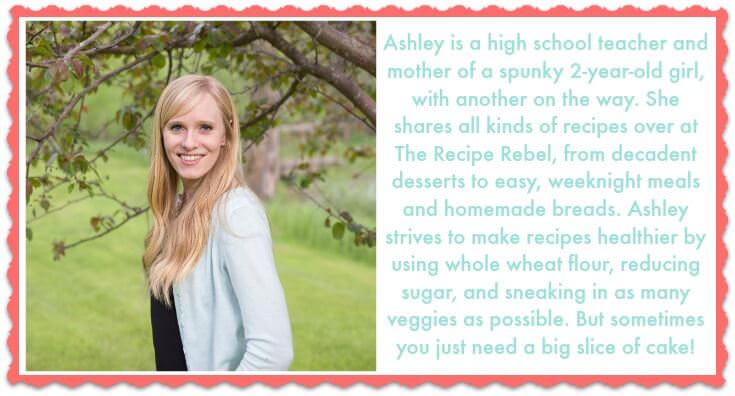 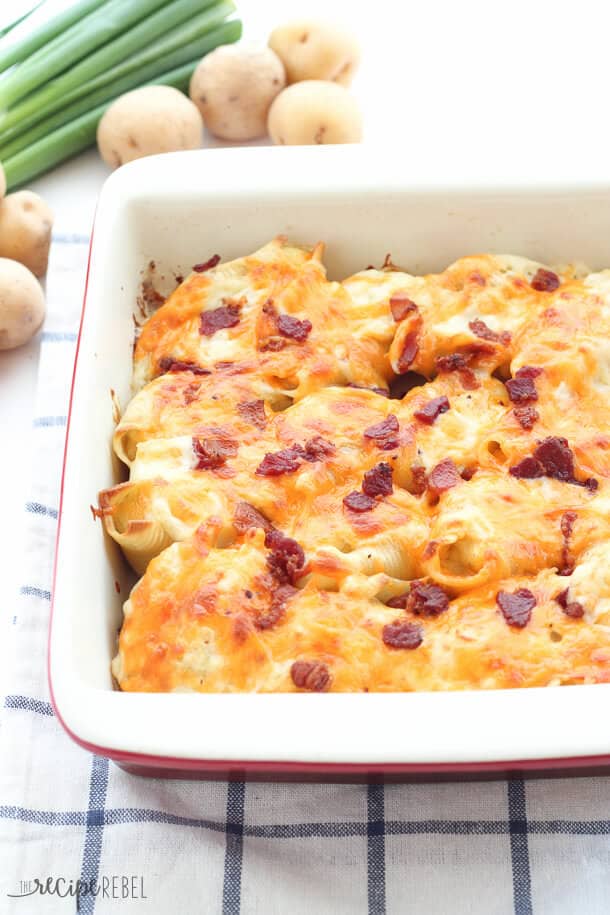 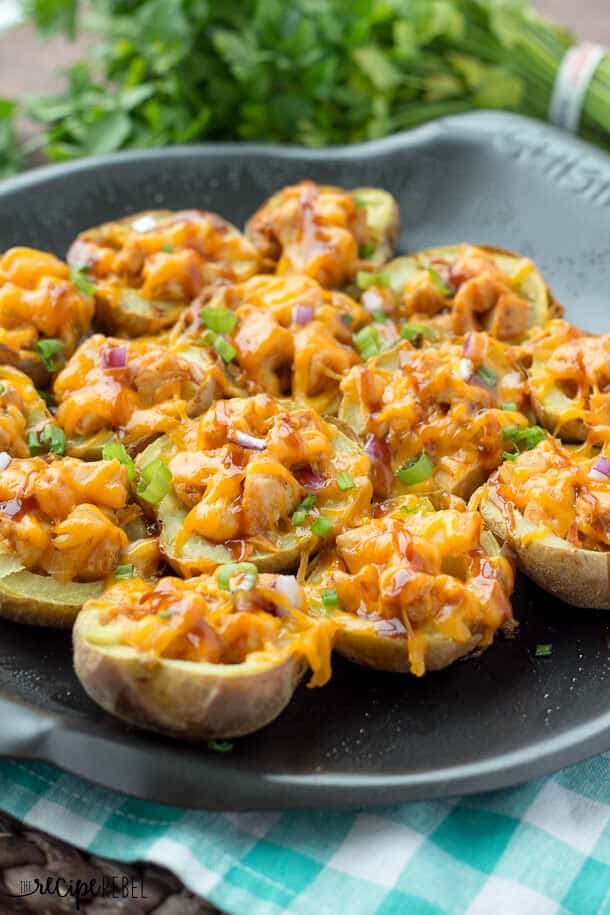 END_OF_DOCUMENT_TOKEN_TO_BE_REPLACED

I'm here to help you win in the kitchen again! Life is Busy, Life is Crazy, but that doesn't mean you can't make your family dinner! Julie's goal is to provide you with easy, family, friendly recipes that use pantry staples. Dinnertime will be stress free again!
More Recipes
448 shares