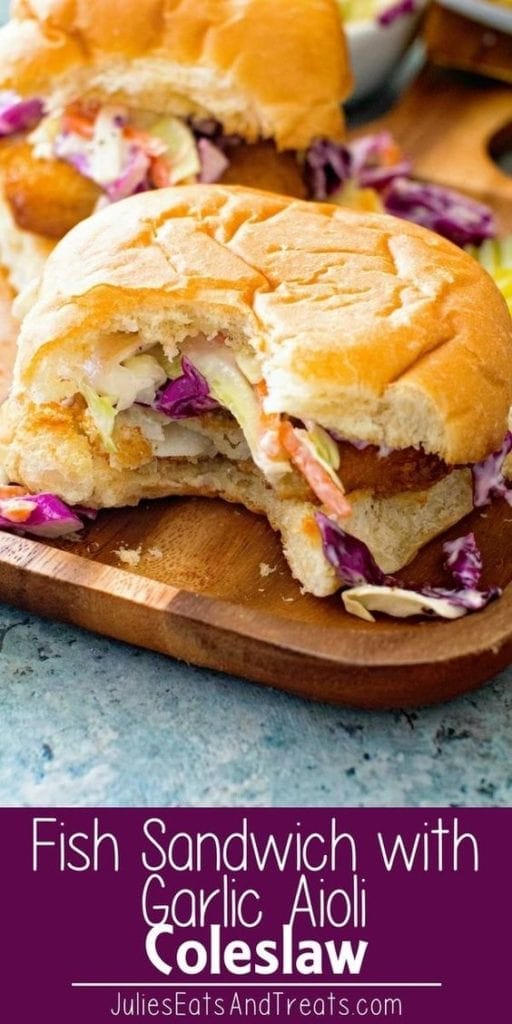 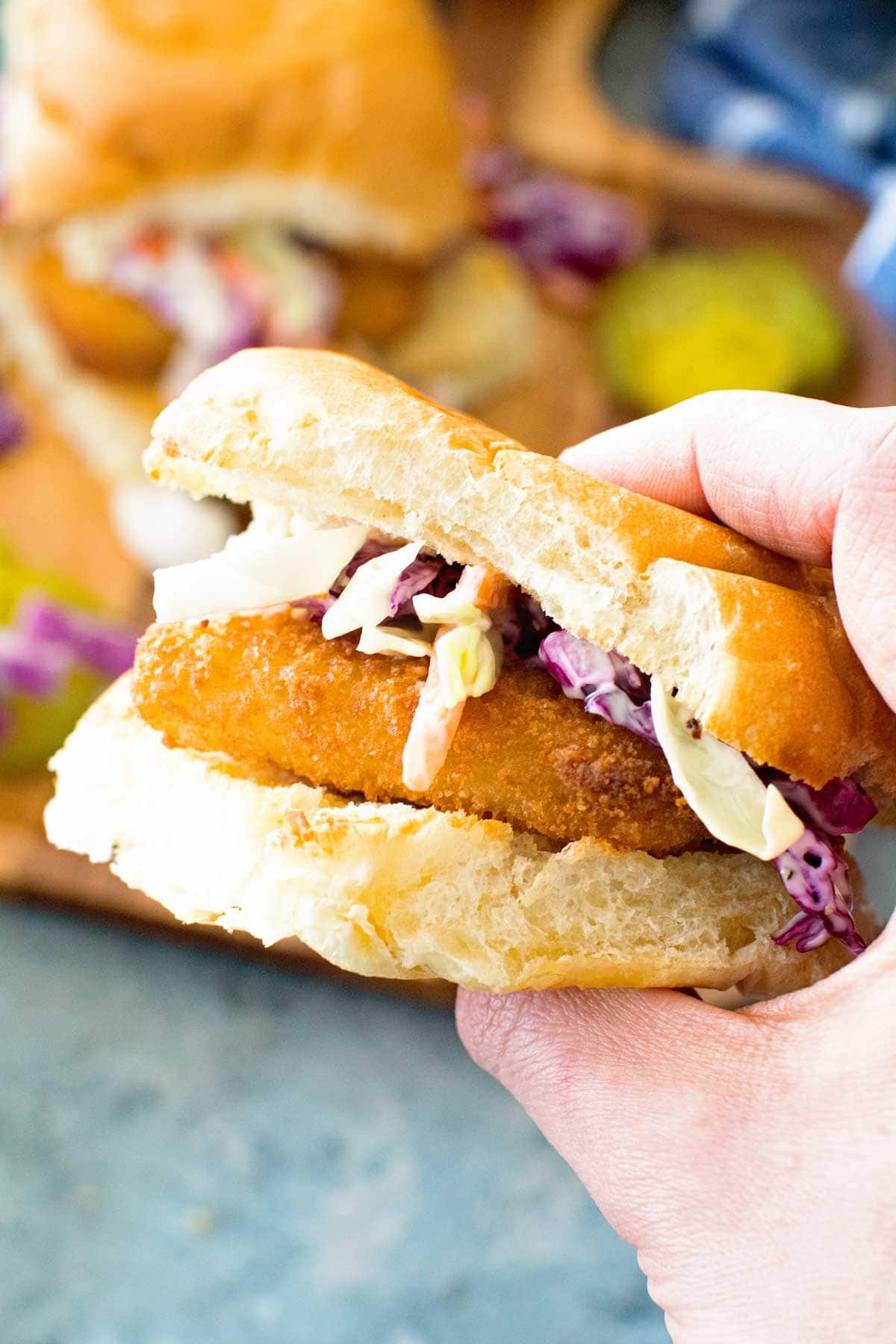 Crunchy Breaded Fish Fillet piled high with a homemade coleslaw smothered in a garlic aioli on a toasted bun. Do I have you drooling yet? I’m loving these delicious fish sandwiches, which are perfect for a quick weeknight meal, especially during Lent! Really, they are great whenever you have a busy night, which is almost every night right? You can quickly prepare the homemade coleslaw and garlic aioli while the fish is baking!

It’s March you guys, March. Where did the first few months of 2018 go? I think I blinked. Then they were history. I don’t mind them flying by because that means I’m one step closer to making it to summer! I live in Minnesota. That’s a BIG thing. Big.

We haven’t had much snow at all this year and everyone is speaking of droughts and scared for the crops. I grew up on a farm. I can’t get away from this stuff!

I just smiled and shook my head and said we weren’t done with the winter season yet. We can’t breathe a sigh of relief until June around these parts. Don’t get your panties in a bundle! The moisture will come.

I don’t want to toot my own horn, but guess what we’ve had two of in the last two weeks? Snowstorms. Sigh. I suppose it will snow the entire month of March and maybe April now!

I knew that was going to happen or in April when everyone was waiting to get into the field to plant the crops it would start raining and not stop. Not saying that might not still happen! Very possible, very. 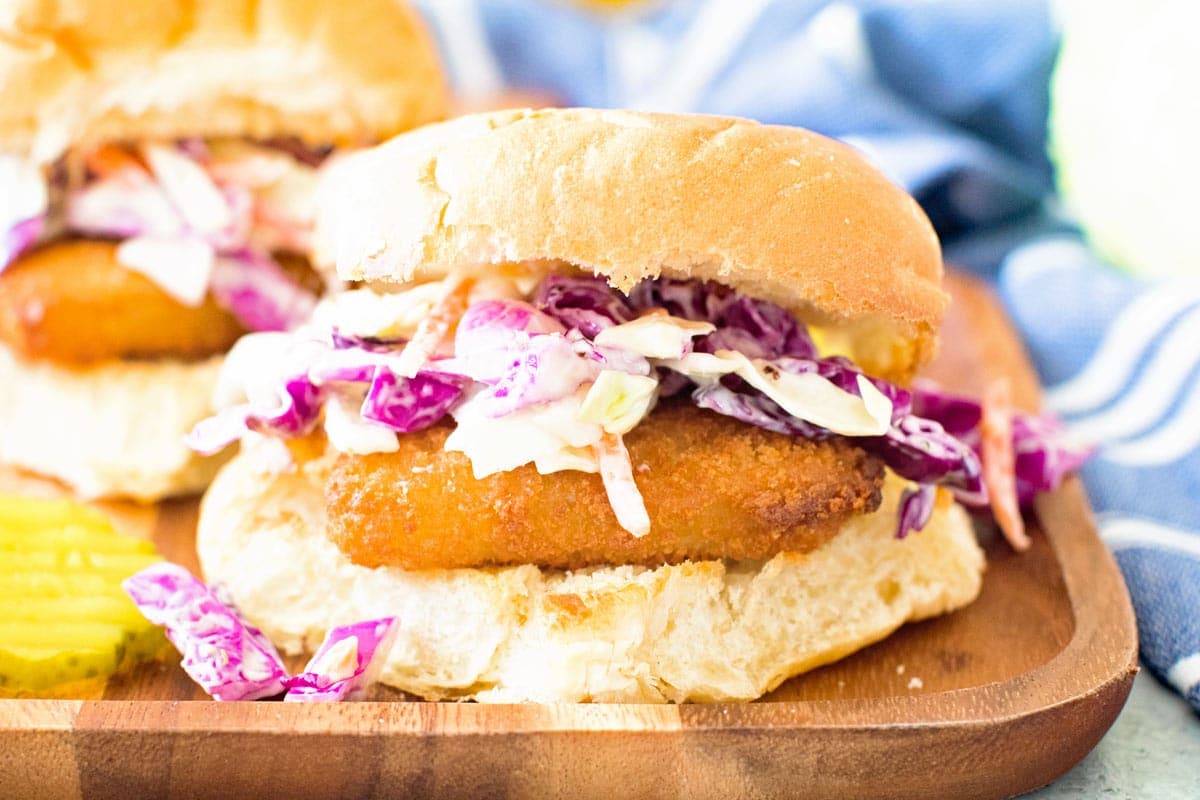 My husband was also worrying about the no snow thing, but for a completely different reason. He loves the snow because he snow plows. Then he banks all the time up so he can go work in the field and use that time off instead of his vacation time.

See everything comes back to farming in my life. I did not marry a farmer. Why did this still happen??

I really should be thankful, right? My husband is helping my family farm even though it’s not us farming.

He’s a helpful guy like that. Pretty much a rock star actually. Other than the whole taking out the garbage thing… he still struggles with that! 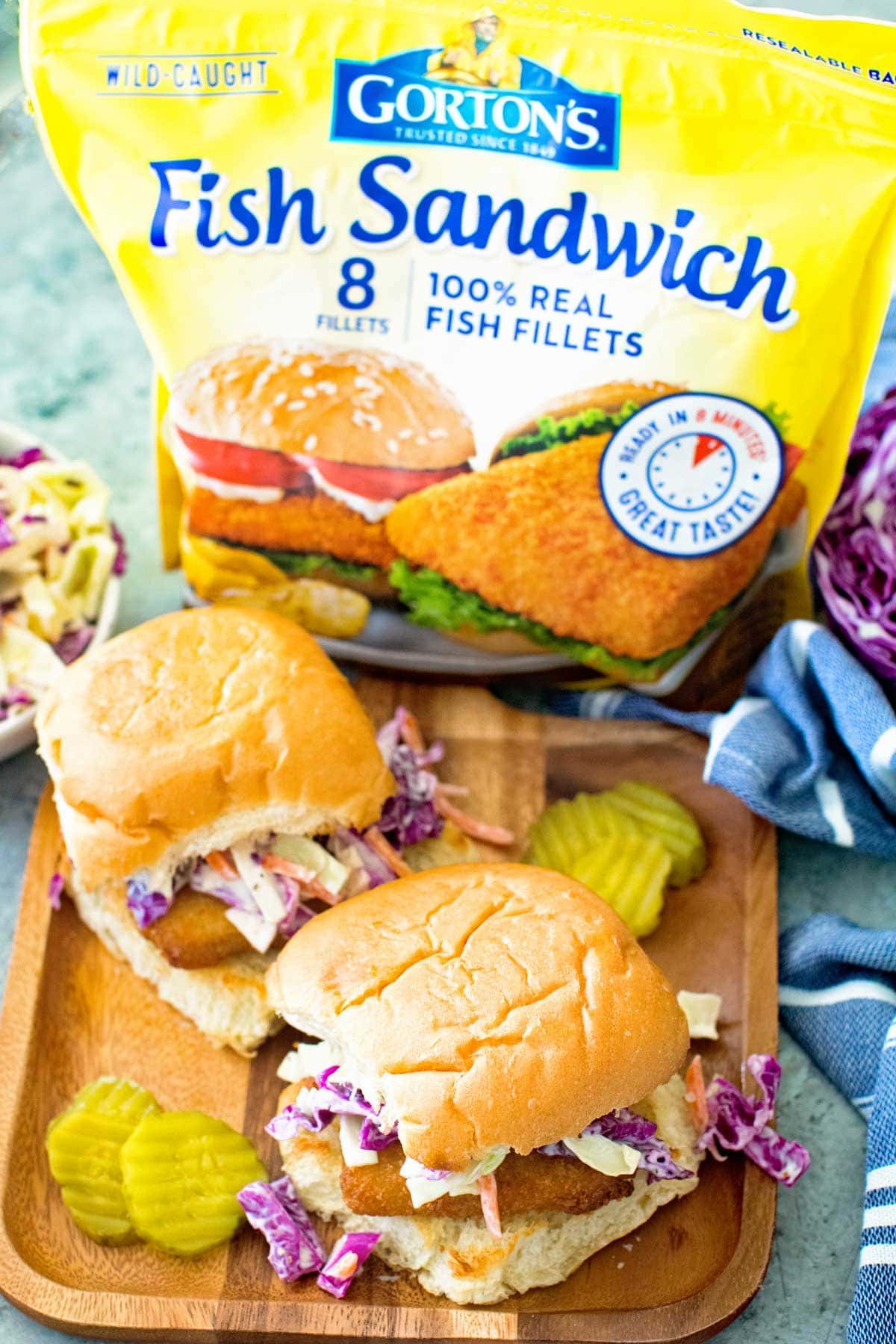 Sometimes I forget that I should be so thankful for him being like that. For example, my cousin has been working for me which includes helping me prep and clean up recipes one day a week. The hubs has been home for a few of those days.

For the record, yes he has a job, snow plowing sometimes amounts to weird hours. Just want to clarify that!

After him being around a few days, she looked at me and said, “Wow, now that is awesome.”

He typically stays out of my way in the kitchen, but we decided to start a second blog, Gimme Some Grilling, and he gets wrangled into grilling as much as possible! 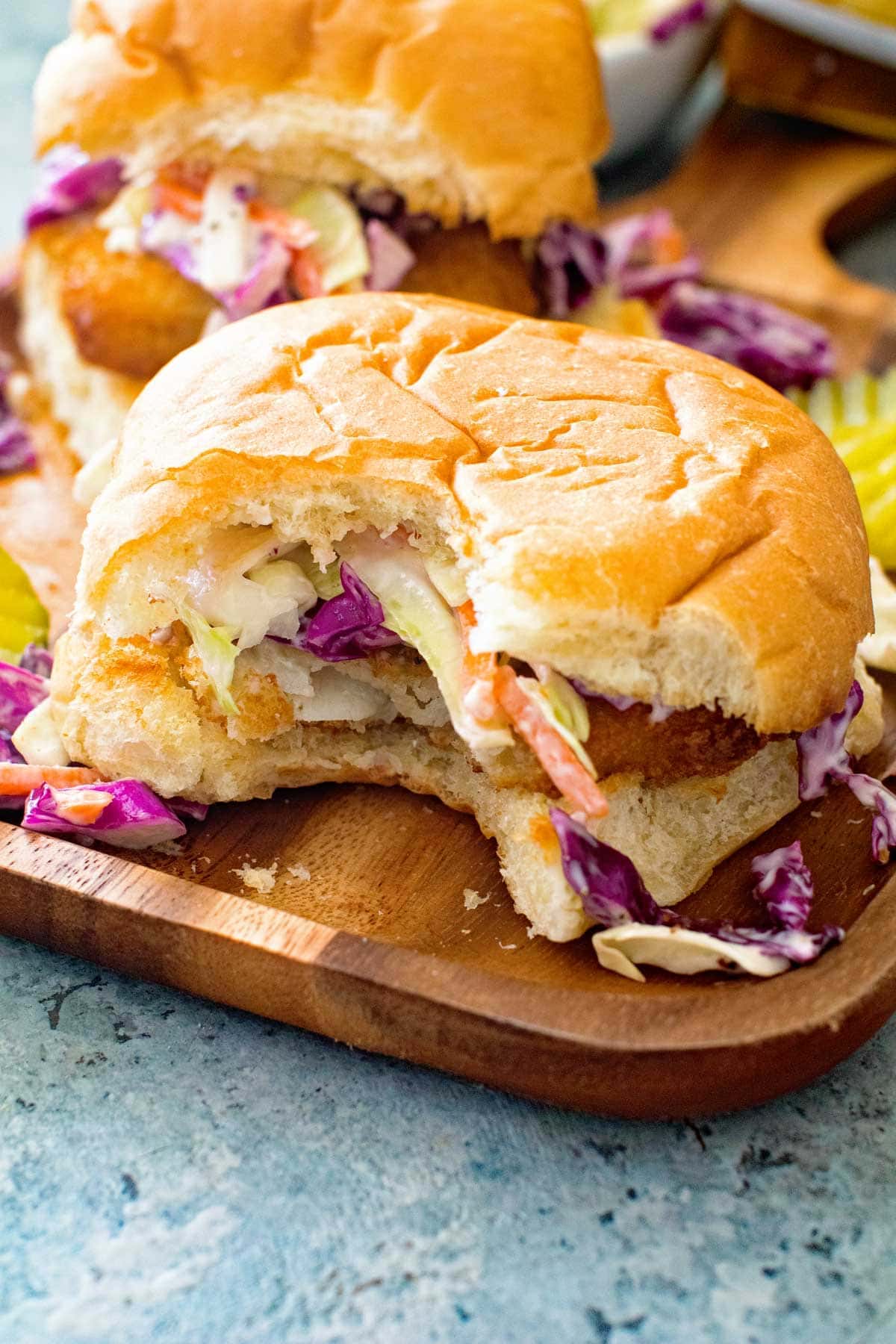 Sometimes you need people to point out the things in life you should be thankful for. It becomes “normal” to have a husband that helps so much and I forget that I should be grateful.

Grateful for the fact that as I look outside my office he’s outside shoveling snow in a snowstorm.

Yuck. You won’t catch me out there!

You know what else I’m thankful for? Recipes like this Fish Sandwich with Garlic Aioli Coleslaw! You know why??

It’s easy and delicious! Plus, it looks super fancy! 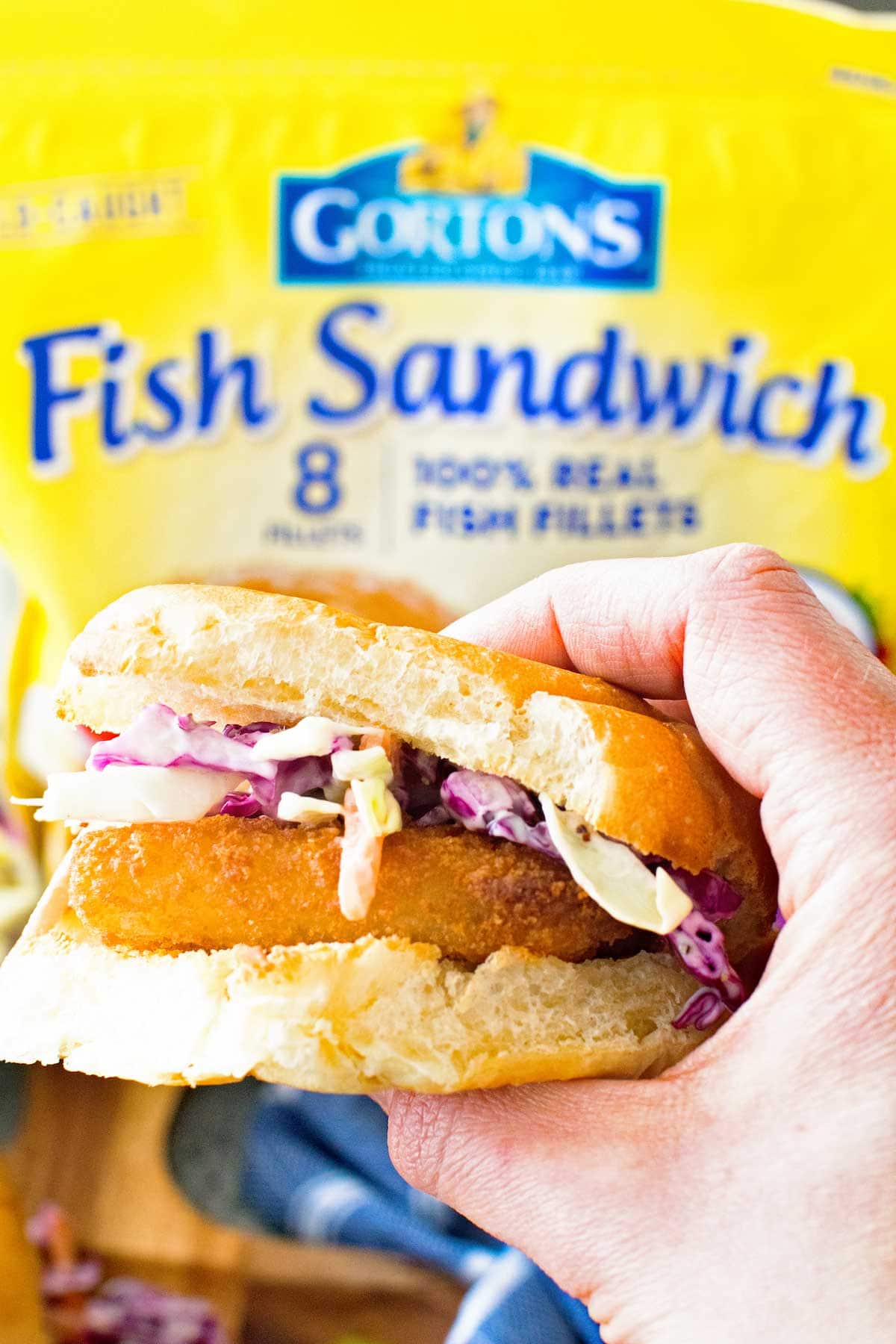 They have been bringing me easy dinner recipes my entire life. Even when I was growing up! My Mom always had a box of Gorton’s fish sticks in the freezer for a quick dinner! It was a brand she trusted and I still do too! Of course, I used them in my famous Cheesy Fish Stick Hash Brown Casserole!

Let’s talk about this Fish Sandwich with Garlic Aioli Coleslaw for a tiny moment.

It starts with Gorton’s Fish Sandwich Fillets, which fit PERFECTLY on a bun! They are topped with a homemade coleslaw which is super easy, just shred up some cabbage and carrots. Final step is to whip up a batch of Garlic Aioli, which is also ridiculously easy, so don’t get scared of that fancy name!

Last but not least my friends over at Gorton’s are giving away the chance to win a Magic Bullet, Ninja, Fitbit Ionic among other prizes (including $$) on Instagram! To enter, simply follow Gorton’s and check their story each day. You can find more details here!

What are you waiting for? Hurry and grab your Gorton’s Fish Sandwich Fillets and make a homemade dinner recipe tonight for the family!

Disclosure: Gorton’s has compensated me for my time to create this recipe. Thank you for supporting the brands that make Julie’s Eats & Treats possible. All thoughts are my own.

END_OF_DOCUMENT_TOKEN_TO_BE_REPLACED

I'm here to help you win in the kitchen again! Life is Busy, Life is Crazy, but that doesn't mean you can't make your family dinner! Julie's goal is to provide you with easy, family, friendly recipes that use pantry staples. Dinnertime will be stress free again!
More Recipes
3372 shares