Hashbrown Casserole Recipe ~ Creamy, Delicious Hashbrowns! This is the Potato Dish we ask Mom for EVERY HOLIDAY! 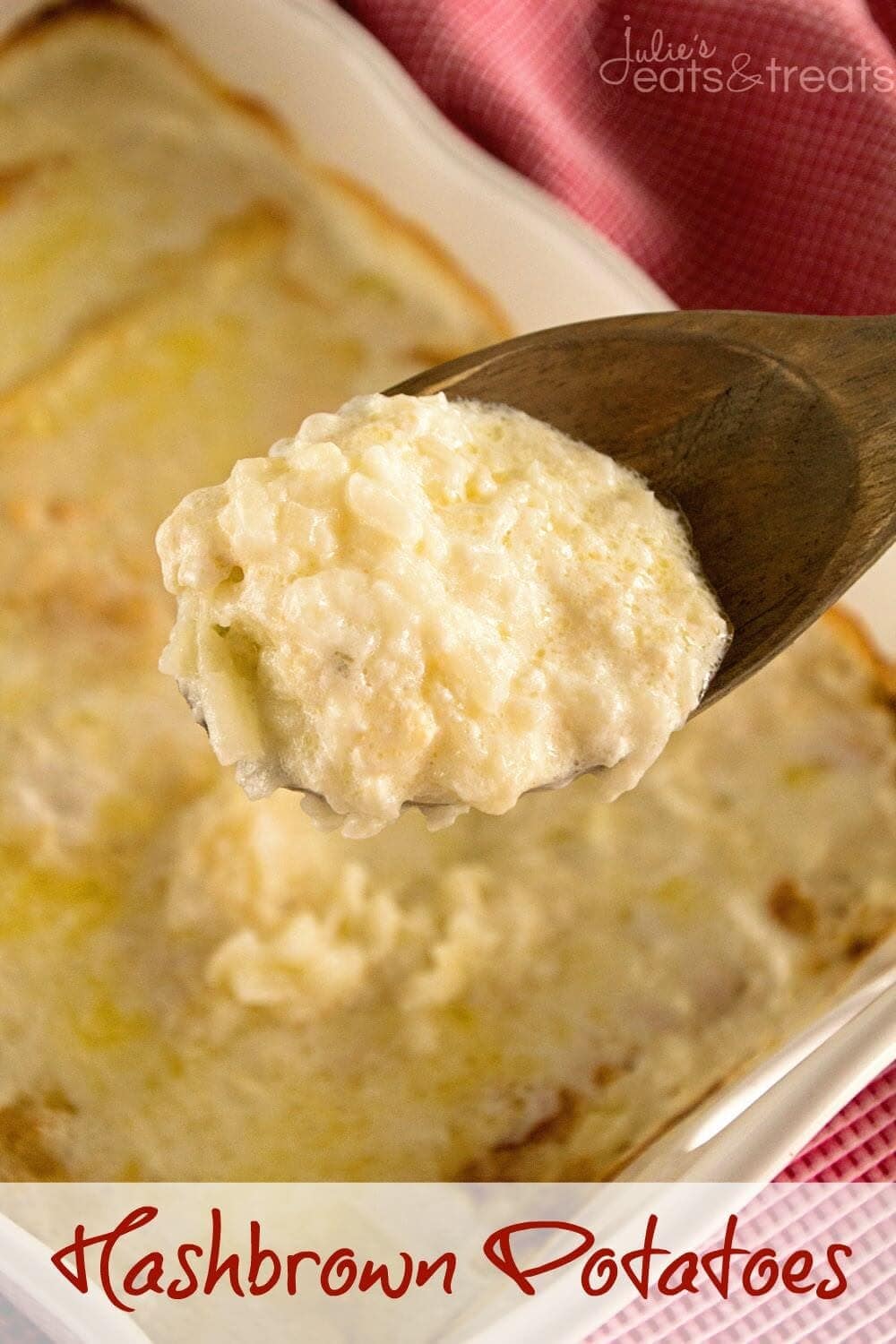 My Mom has several those recipes and I’m pretty sure everyone would throw a fit if she didn’t make them for a holiday. The funny thing is that as we all get married the in-laws start asking for the exact same recipes for holidays. You know they are good then! Plus, everything always tastes better when Mom makes it doesn’t it?

These Hashbrown Potatoes are a staple in our family. We get them for Easter, Thanksgiving and Christmas! If we are really, really lucky Mom makes them randomly through out the year just to put a smile on our face too. I remember growing up we always made sure she was making those. I always figured they were super labor intensive because they were so good. Obviously something that tastes that awesome surely had like fifteen bazillion steps right? Or maybe it was because Mom only made them on special occasions. Making us beg and wait for them was a game to her I believe!

She always made sure to double the recipe because she knew they wouldn’t last long at all! It was always the first dish to go during any holiday gathering. 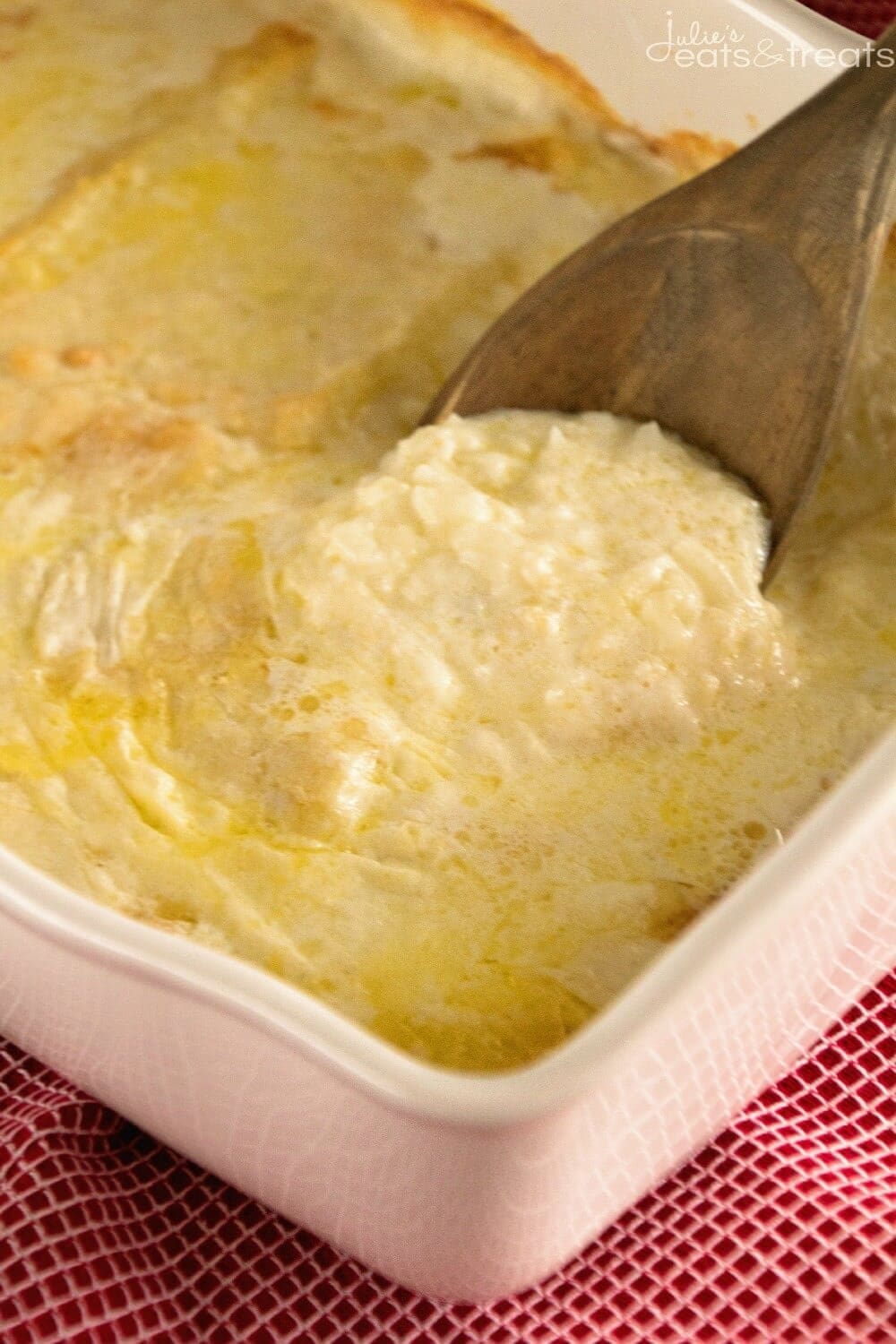 I decided that it was high time I give my go at these potatoes and when I got the recipe I was shocked they were so easy. What had I been waiting for!

My Mom’s famous line is, “Do you want the original recipe or the way I make it?” Duh, Mom. What do you think? Maybe she contimplates leaving something out so I don’t make them quite as good as her! Job security and all!

I was also super excited to introduce Miss K and RyRy to these as they are a tradition and all. We about fell over when Miss K turned her nose up at them. I mean it’s carbs, butter, cheese and half and half. Really, who doesn’t like that? Apparently, Miss K that’s who. So her Dad and I refused to except this. We went on and on about how amazing they were. Finally she tried them and decided they were pretty good! Duh, girl, duh.

If you don’t have that go-to potato dish for the holidays then look no farther. This is it. It really is. I swear. 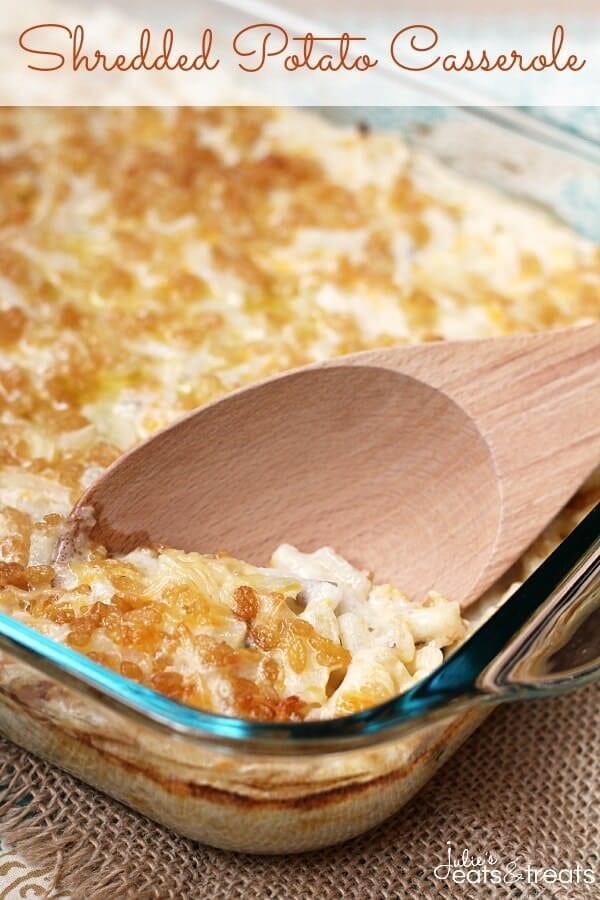 Shredded Potato Casserole ~ Loaded with Cheese and Potatoes Perfect Side Dish For Any Night! 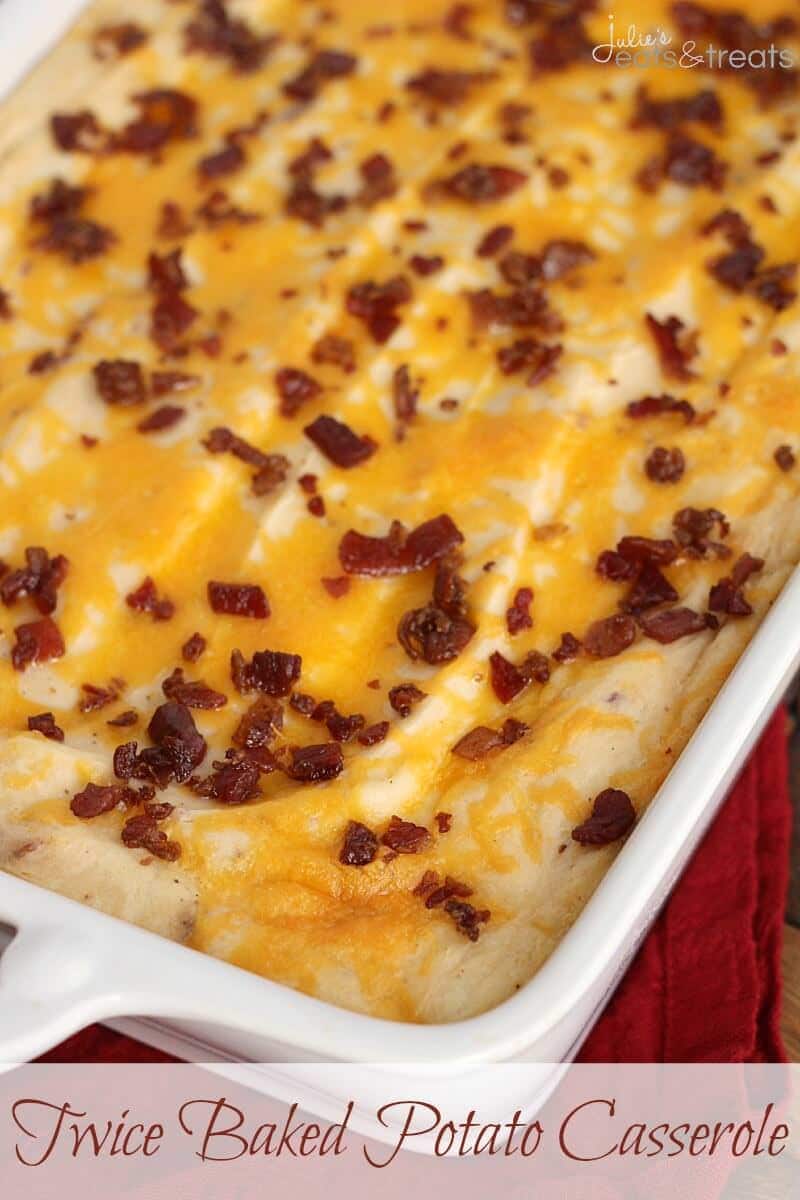 END_OF_DOCUMENT_TOKEN_TO_BE_REPLACED

I'm here to help you win in the kitchen again! Life is Busy, Life is Crazy, but that doesn't mean you can't make your family dinner! Julie's goal is to provide you with easy, family, friendly recipes that use pantry staples. Dinnertime will be stress free again!
More Recipes
38 shares