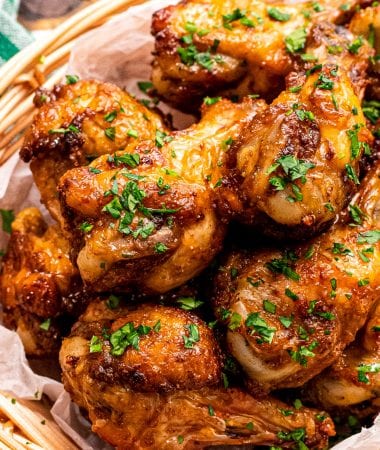 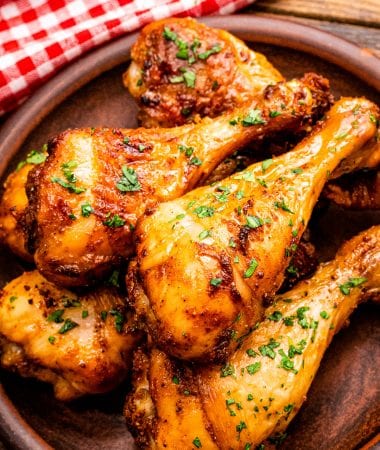 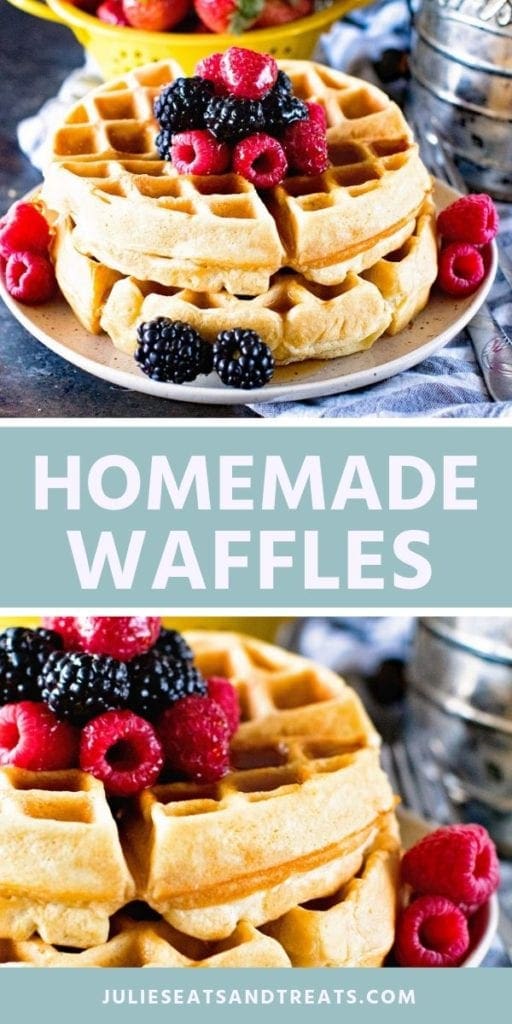 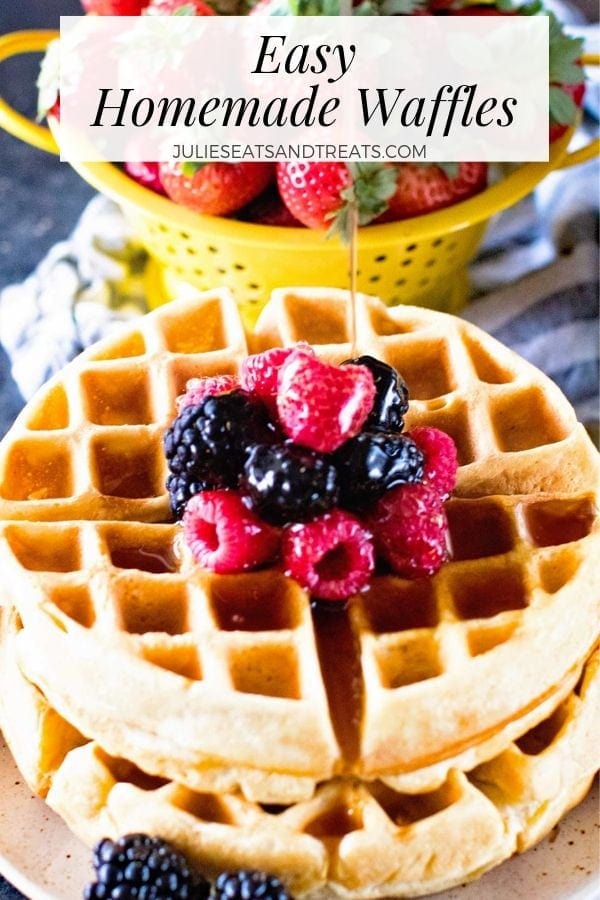 Delicious homemade waffles that are light and fluffy! If you have been looking for a waffle recipe that is fluffy and delicious these are it. Top them with strawberries, blueberries, syrup and whipped cream for the ultimate breakfast. Perfect for weekends or make them ahead and freeze them. When you want a waffle just pop it in the toaster or oven to reheat! 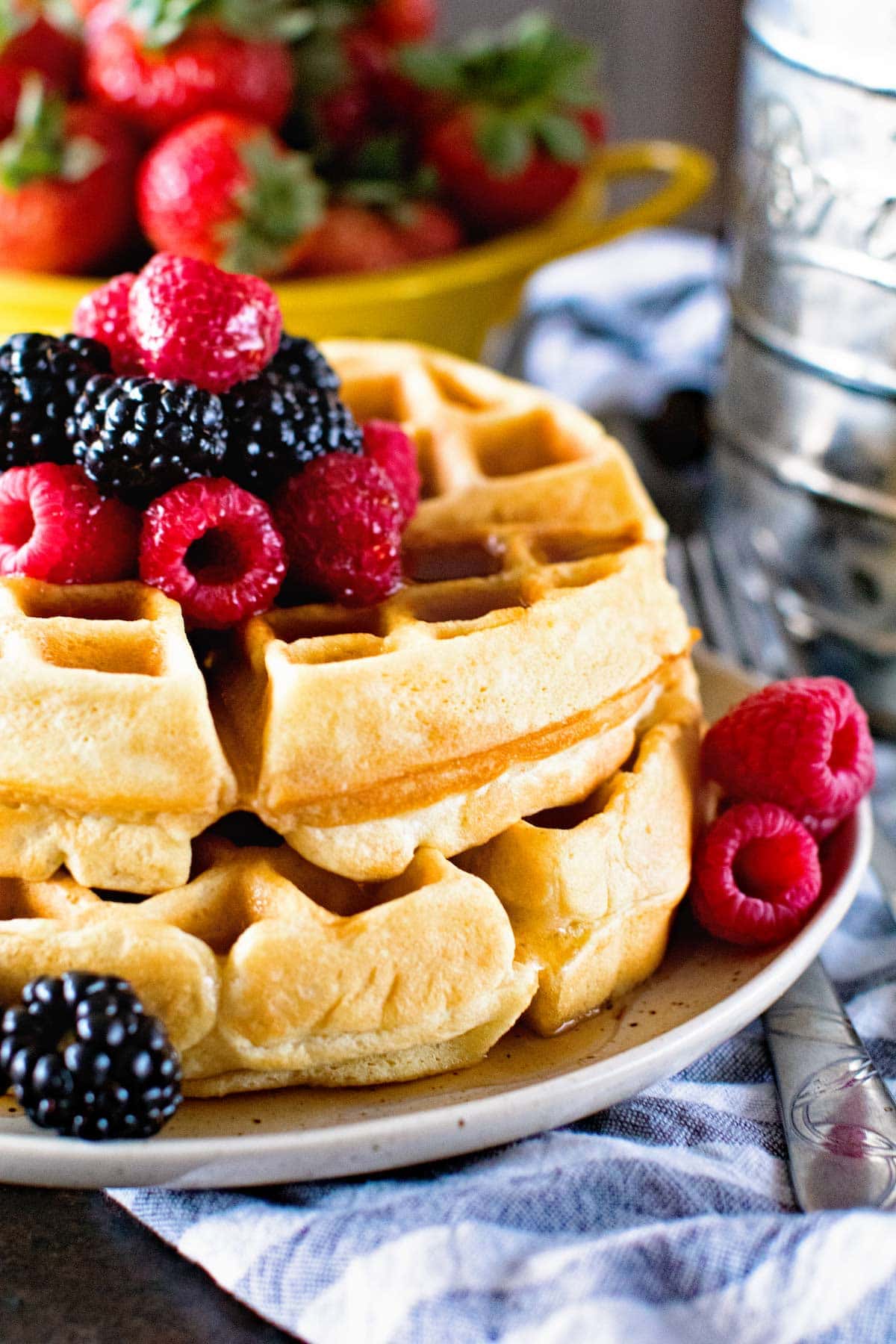 I love waffles. I adore them, but my waffles at home have always been lacking. They haven’t been those super thick fluffy homemade waffles that you dream about. You know the ones that melt in your mouth! Mine were thin and soggy. No one wants thin, soggy waffles no matter how much syrup and butter you put on them. Easy Homemade Waffles that melt in your mouth while being light and fluffy is where it’s at!

Now, it could be because I was using boxed mix. GASP. Right, I know. I’m a food blogger who shouldn’t use that stuff, but I’m also a busy mom and just plain lazy. Especially when I’m making breakfast. It was soooo easy to just grab the box, dump a few extra ingredients into the bowl and mix all while being half asleep.

And then I made these. I will never, ever go back.

It takes a few ingredients I’ll admit, but you guys it’s sooooo worth it. That little bit of extra work will leave your mouth satisfied. The only thing I didn’t have on hand is club soda, so apparently now I’ll be stocking that in my pantry!

Ingredients to Make the Homemade Waffles!

See that ingredient list isn’t so intimidating is it?

How to Make this Fluffy Waffle Recipe! 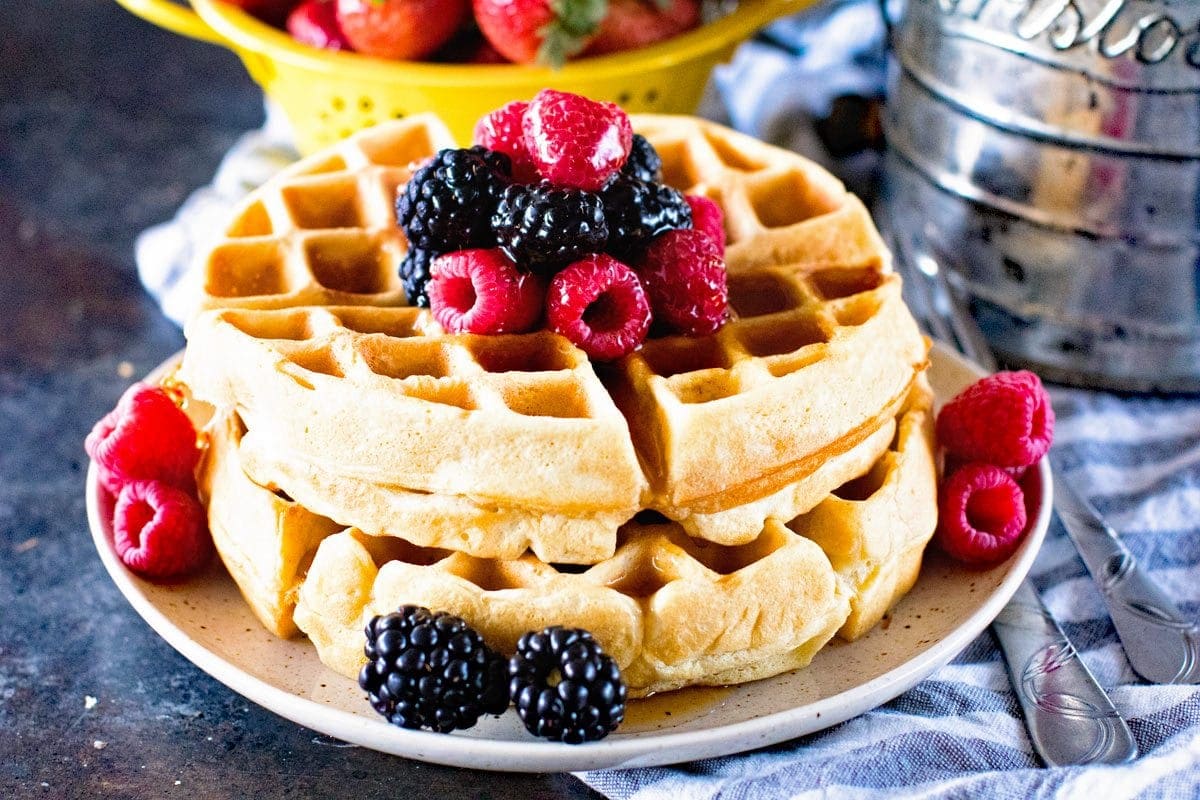 You know what else is essential to a good waffle? A good waffle maker!

Which waffle maker is the best?

I love this Oster Waffle Maker I have. It won’t break the bank but it still provides a light, fluffy homemade waffle that is crisp on the outside and airy on the inside. I got this super cheap waffle maker for my wedding and I need to just throw it in the garbage, but for some reason I can’t part with it.

Apparently, there’s a hoarder in me.

What to serve with homemade waffles?

These waffles are great on there own, but I love to make these Easy Oven Baked Scrambled Eggs. I can make them before the waffles, stick them in the oven and let them bake while I make the waffles! For a fall spin, slather the hot waffles with Pumpkin Butter!

You could also pair these waffles with poached eggs and this delicious Sunshine Fruit Salad or Easy Fruit Salad and you have the perfect breakfast or brunch! Oh wait, you need these Mimosa Floats too! How could I forget those?

How do you keep waffles warm?

If you are hosting these waffles are great for large crowds. You can place them on a baking sheet and in the oven at 200 degrees to keep them warm. 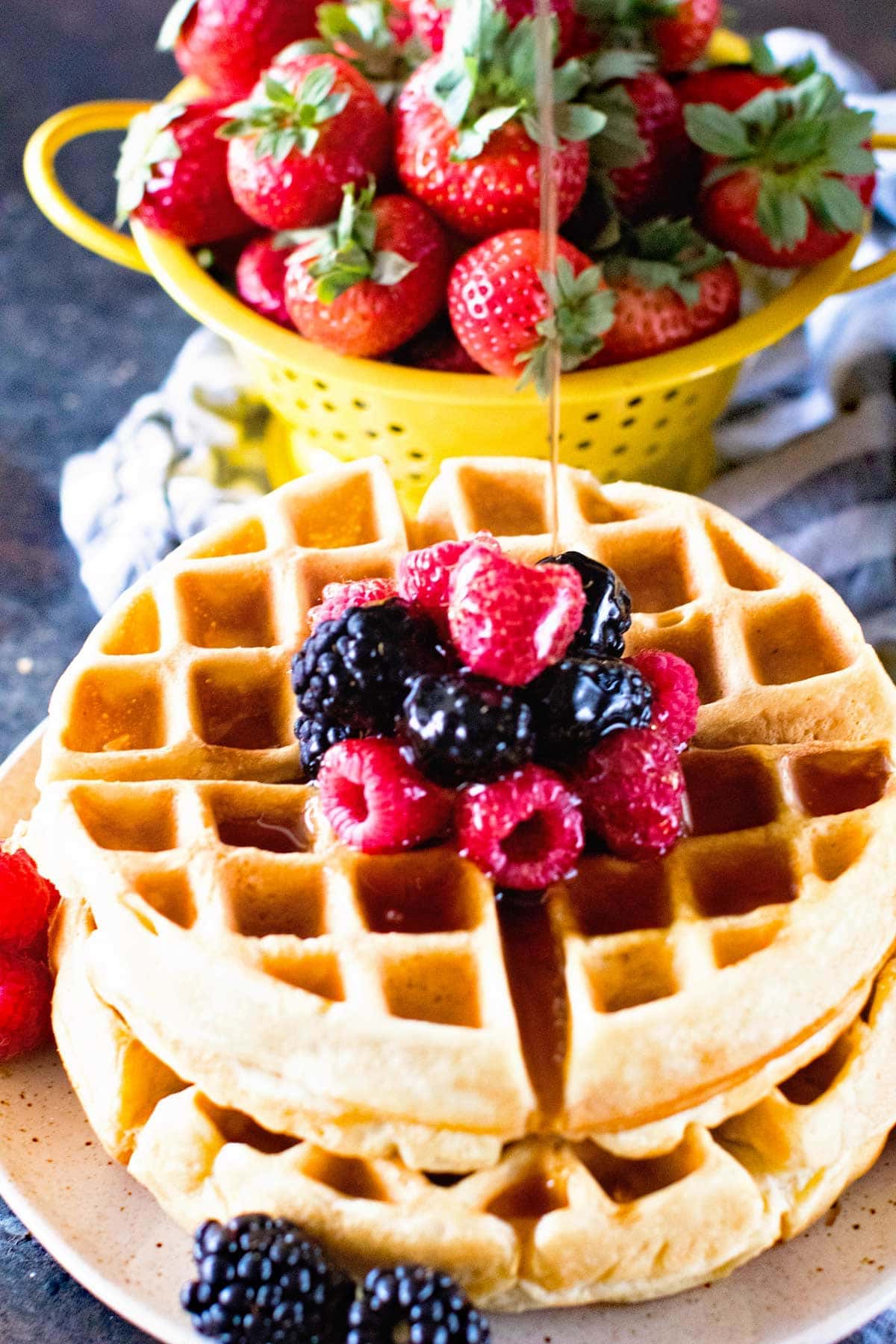 Speaking of forgetting things I totally should have brought those Mimosas to my in-laws for Christmas Brunch! We did a brunch this year and that would have been the perfect finishing touch.

We had told my hub’s step-brother to bring Mimosas but he dropped the ball given it was last minute, as in the night before so I understood.

Next year I’m totally all over those Mimosas!

If you like this recipe, you’ll definitely want to try my Pumpkin Pancakes Recipe!

Plan your weekend breakfast now! It better include these delicious homemade waffles!

WATCH THE STEP BY STEP VIDEO FOR THIS HOMEMADE WAFFLE RECIPE BELOW: 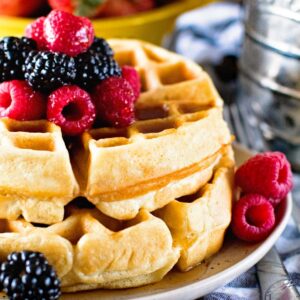 Recipe from: Taste of Home 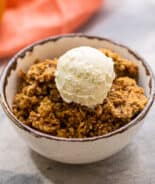 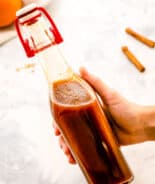 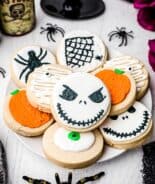 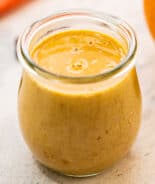 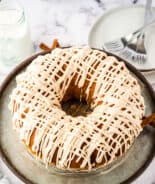 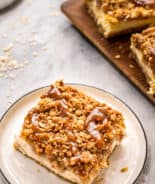