Cranberry Orange Bread Pudding~ Easy Homemade Bread Pudding Recipe Topped with an Orange Glaze, and is the Perfect Holiday Dessert! It Comes Together Quickly and is a Crowd Pleaser! 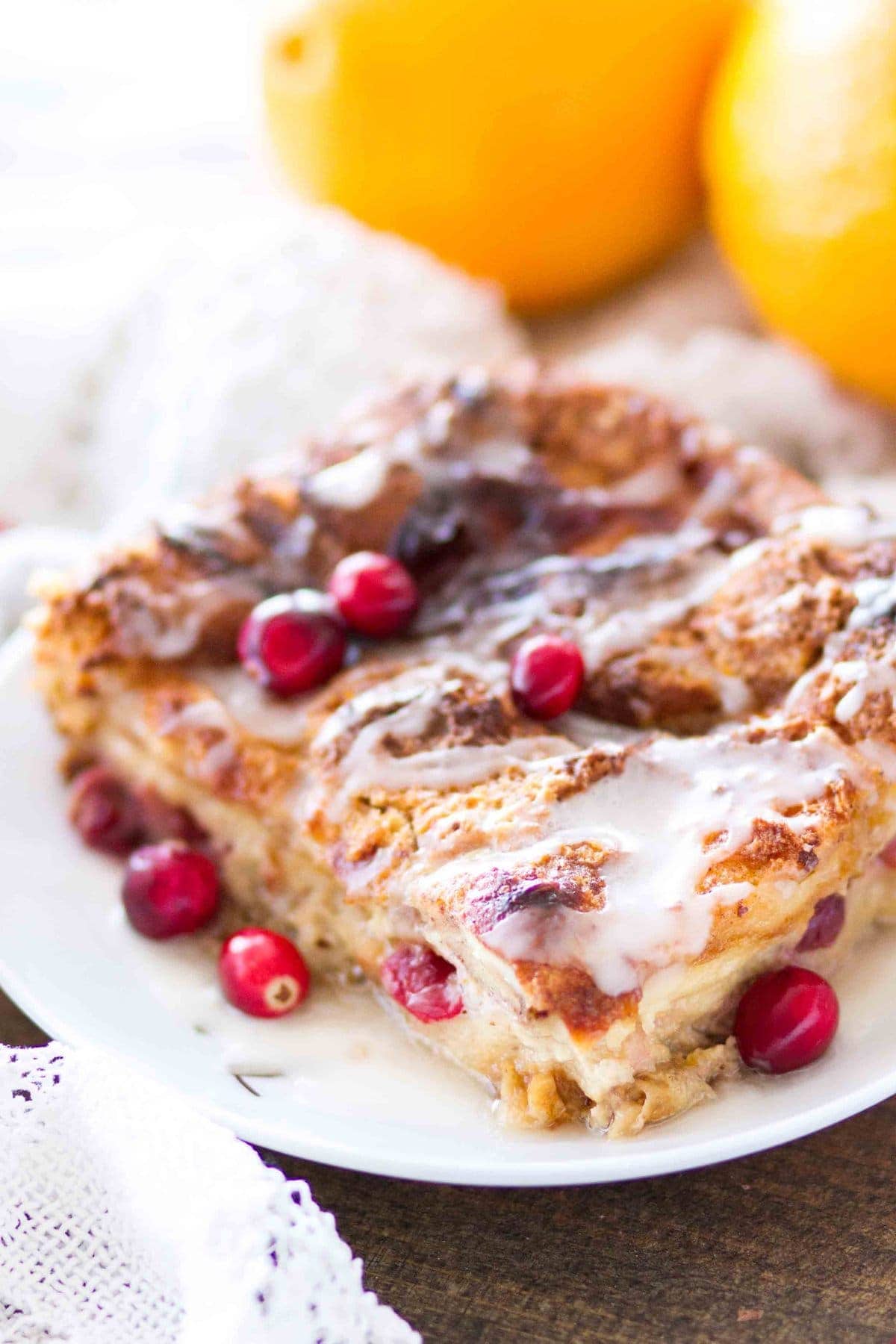 Cranberries used to be the one thing at the Thanksgiving dinner table I avoided like the plague. As a kid, the gelatinous-looking, tart purple thing (that doesn’t taste like jello at all) was not nearly as appealing as, well, everything else. It was most definitely the one thing that “missed” the plate. Instead I loaded up on turkey, stuffing and gravy! No one had introduced me to Cranberry Orange Bread Pudding yet!

Fast forward a few years (with a homemade cranberry orange sauce recipe in tow), cranberries never miss the plate, and if I had my way, they’d never ever miss the dessert table either. 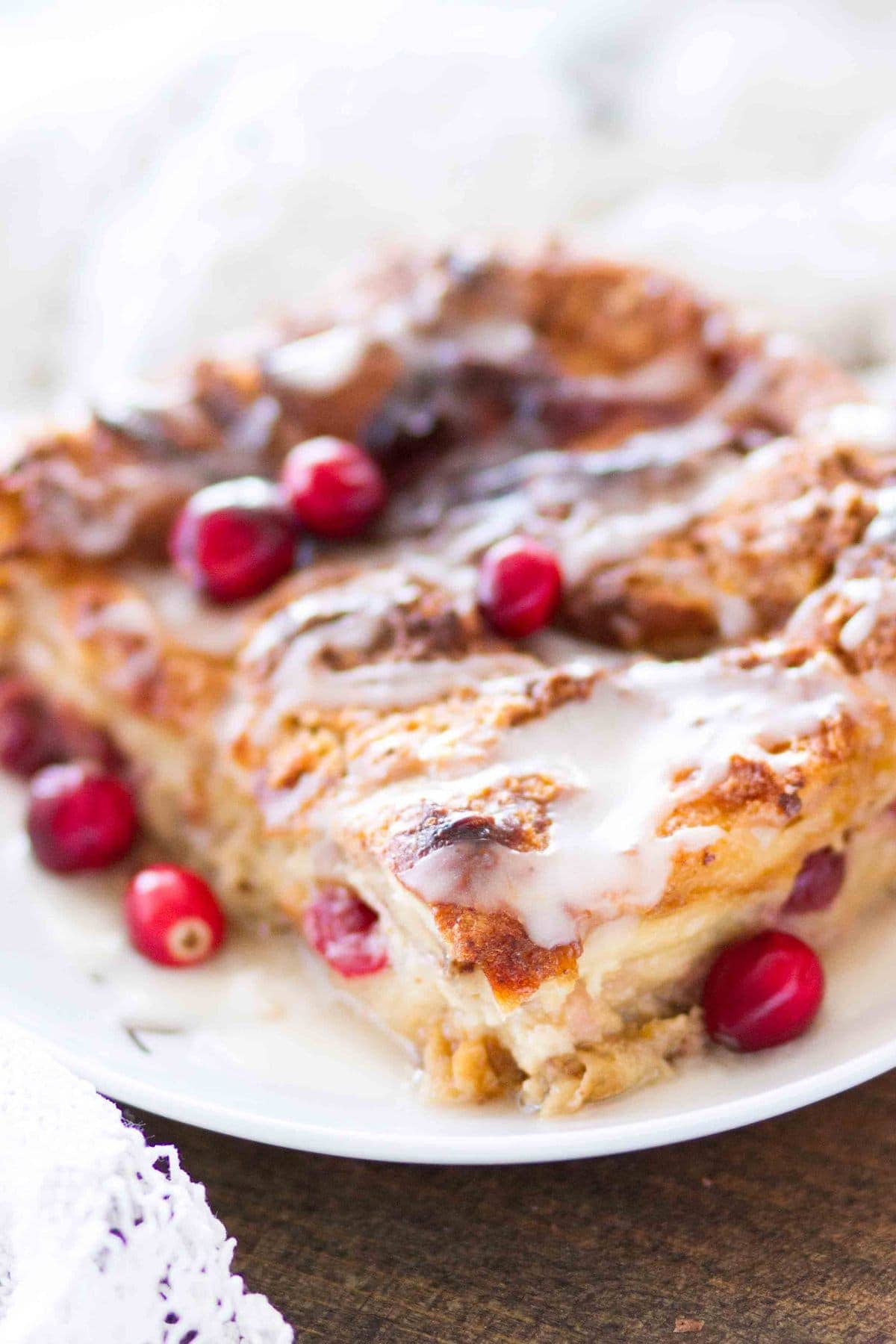 Cranberry and orange is a classic flavor pairing, because the sweetness (and the citrus) of the orange cuts through the tartness of the cranberries. By nature, fresh cranberries are extremely tart, and often need something sweet to tone them down.

In the bread pudding recipe, the tartness of the cranberries are offset by three things: sugar, orange zest, and an orange glaze. The cranberries still have a bit of a zing to them, but it is entirely complemented by the sweetness of the rest of the dessert. Aka Cranberry Bread Pudding is AMAZING!

Bread pudding, on the other hand, is, more often than not, only soaked somewhere between 15-30 minutes before being baked in the oven. I’m not 100% sure and certain on this point, but in my understanding, bread pudding is supposed to be a bit ‘softer’ in the middle than a French toast casserole, which is a bit dryer in the center (which I think has to do with how long each are soaked in the egg/milk mixture.)

Regardless (let’s just get to the point, right?? 😉 ), bread pudding is so easy to make! 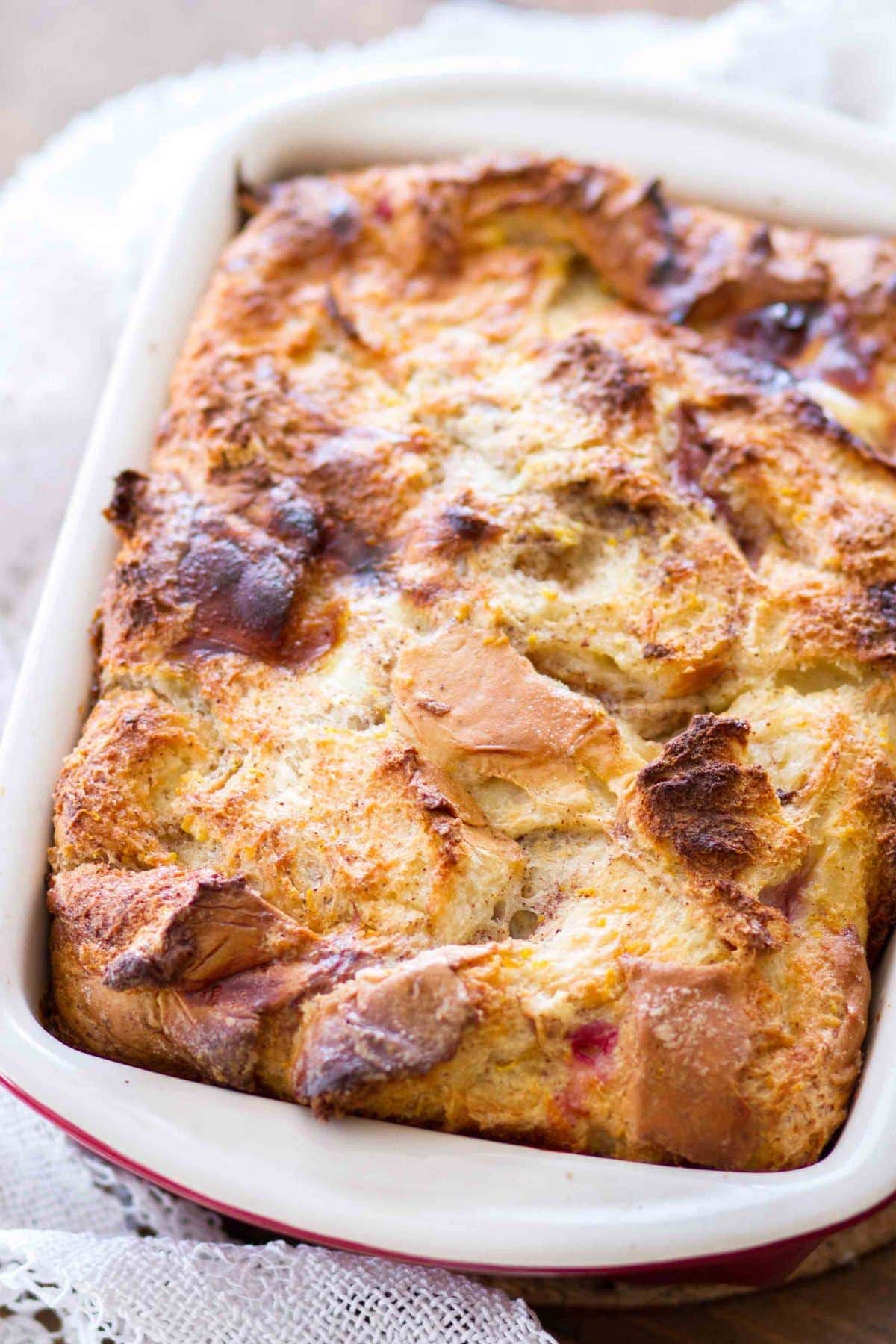 A layer of thick, crusty bread is put in the bottom of a casserole dish, next a layer of cranberries, and lastly, another layer of bread.

A mixture of milk, eggs, sugar, orange zest, spices, and vanilla extract gets poured on top.

The bread pudding sits for 25 minutes, then is baked for 45-50 minutes, drizzled with an orange glaze, and viola! You’re ready to serve. 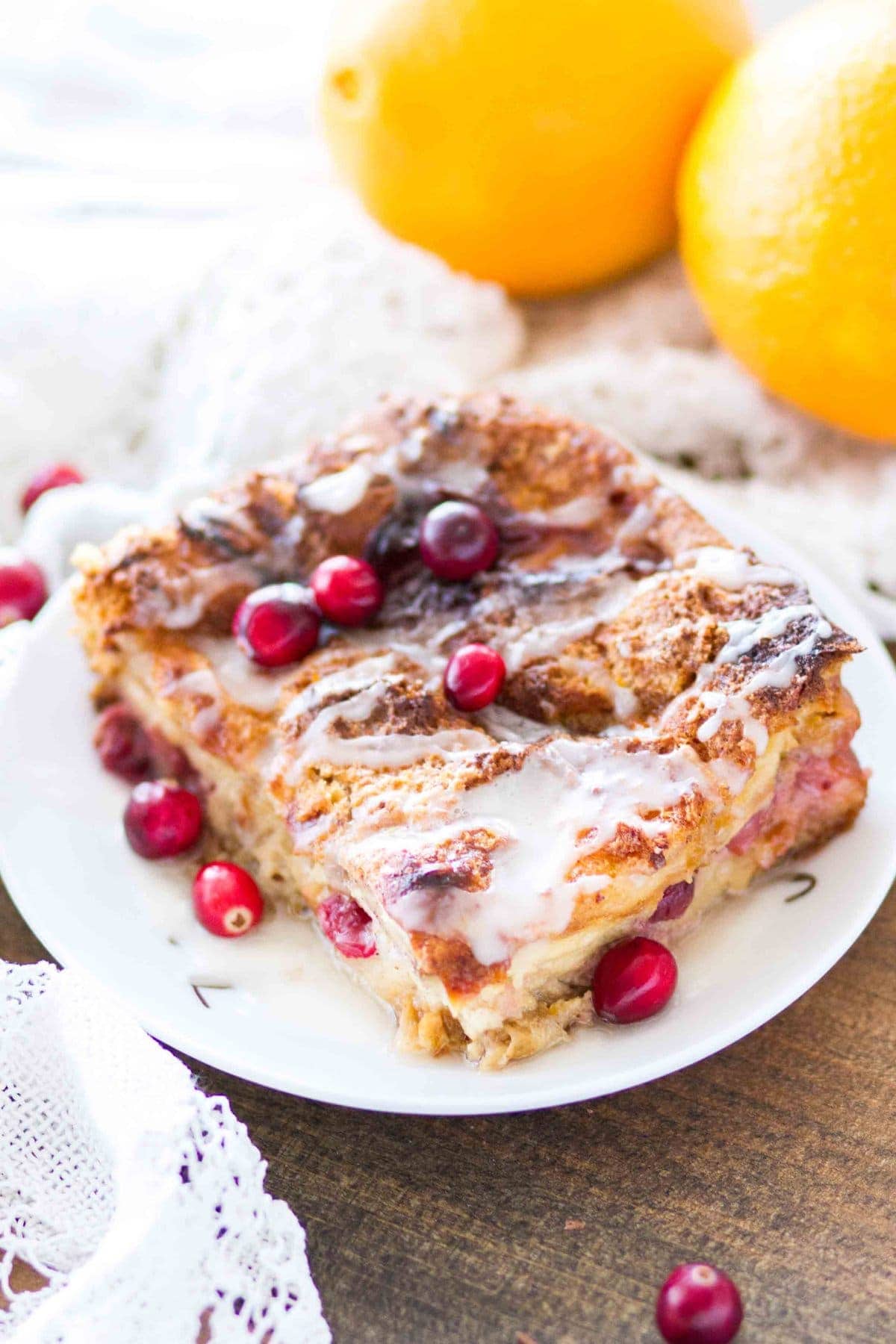 Cranberries will be the star of the show with this dessert! Happy holiday eating! 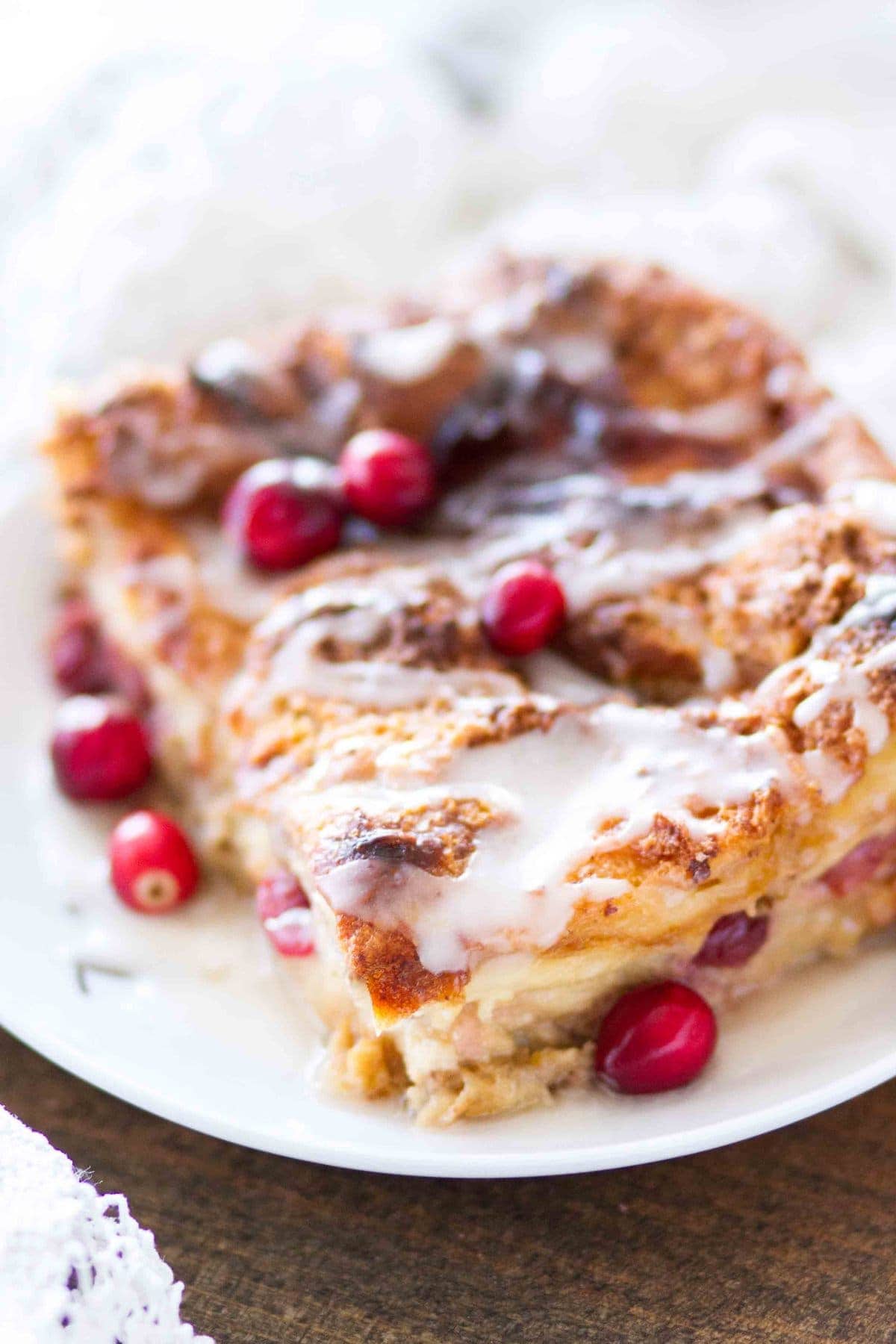 Here are some other recipes: 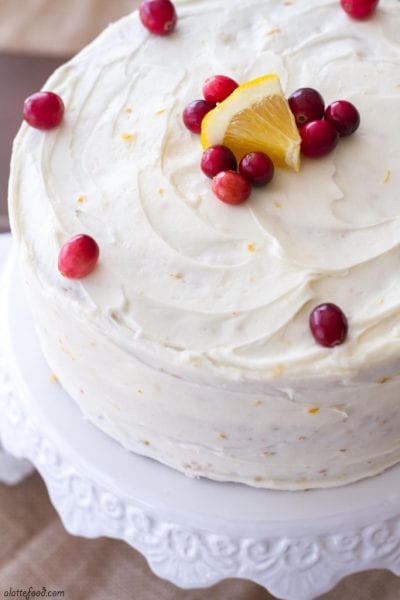 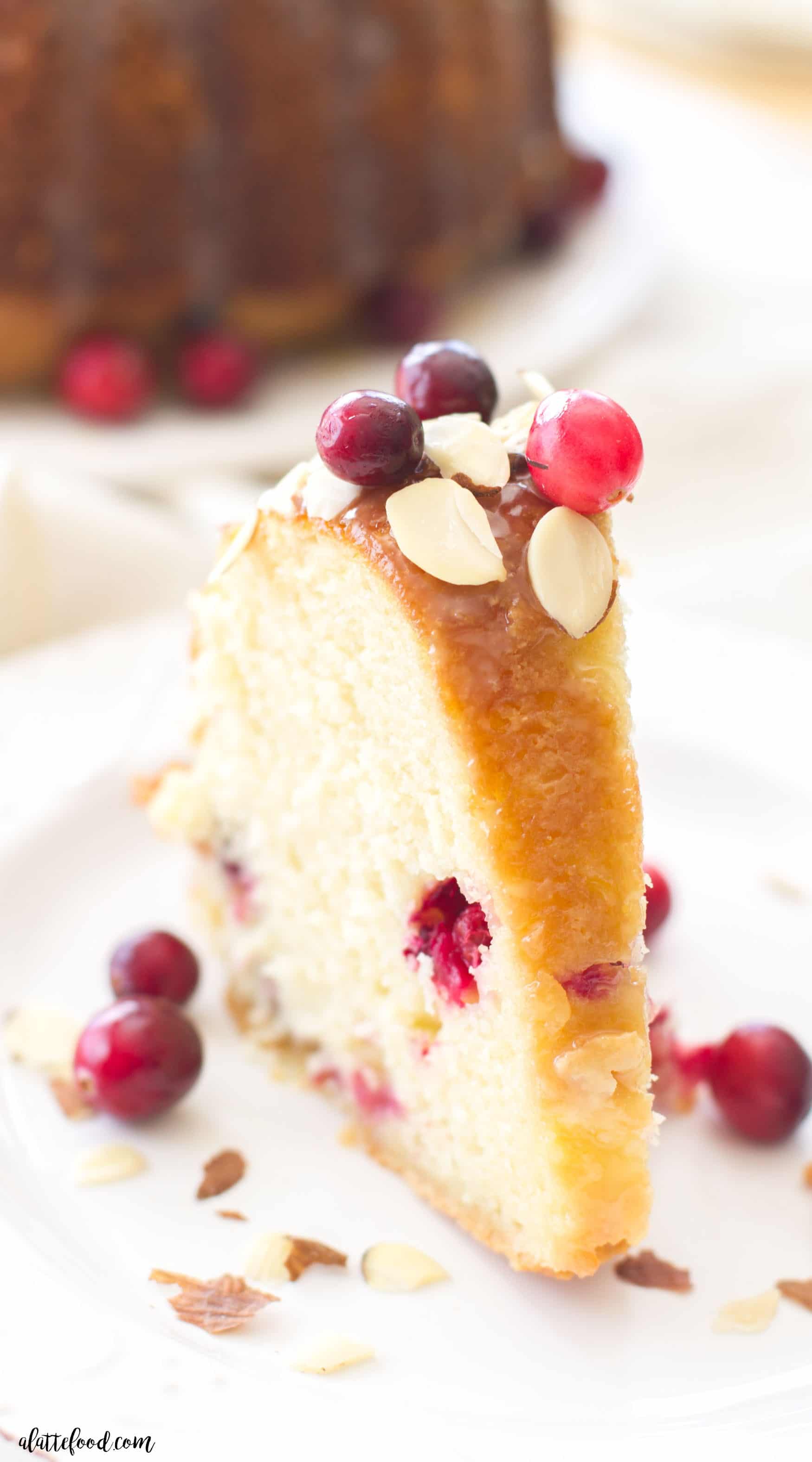 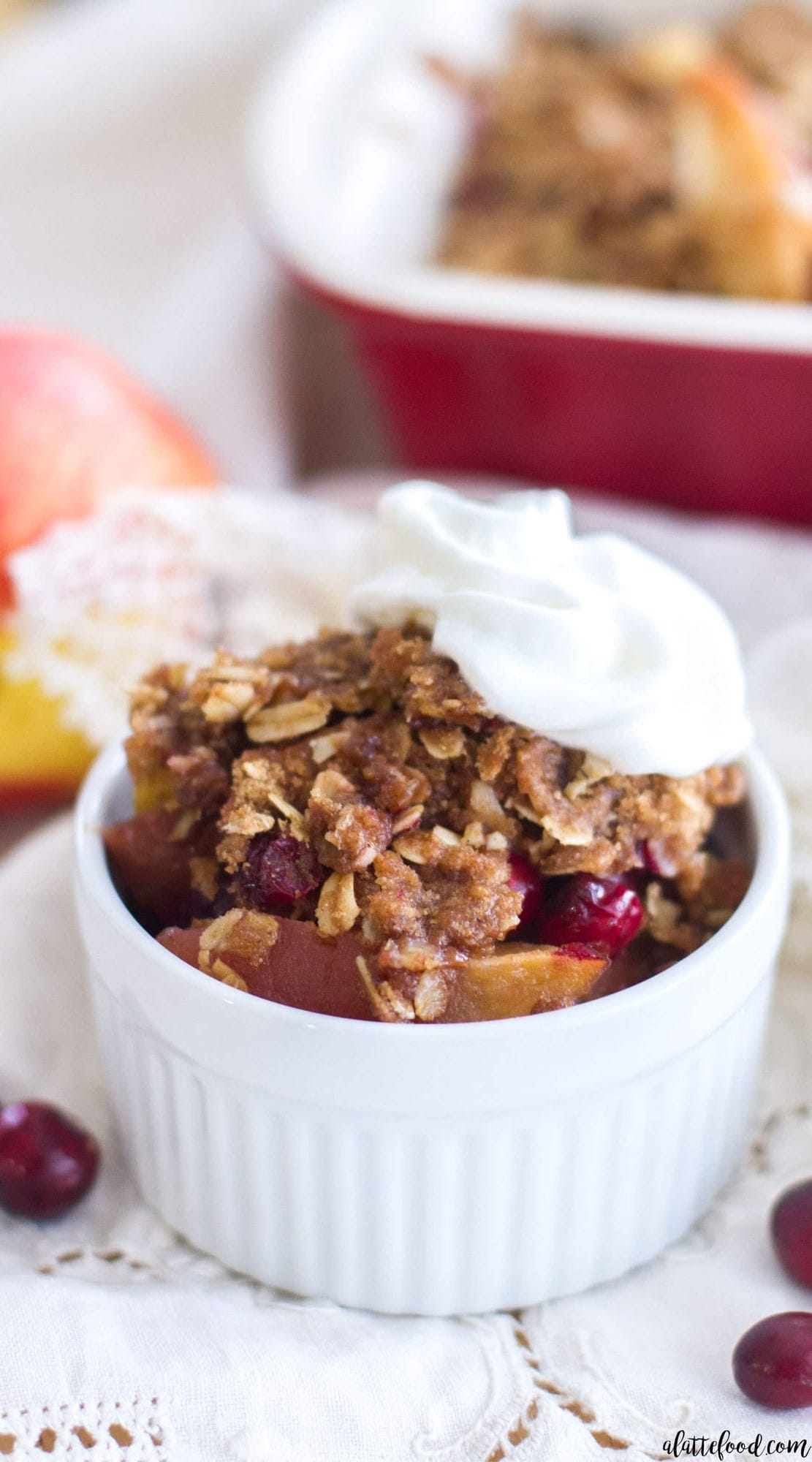 END_OF_DOCUMENT_TOKEN_TO_BE_REPLACED

I'm here to help you win in the kitchen again! Life is Busy, Life is Crazy, but that doesn't mean you can't make your family dinner! Julie's goal is to provide you with easy, family, friendly recipes that use pantry staples. Dinnertime will be stress free again!
More Recipes
1199 shares