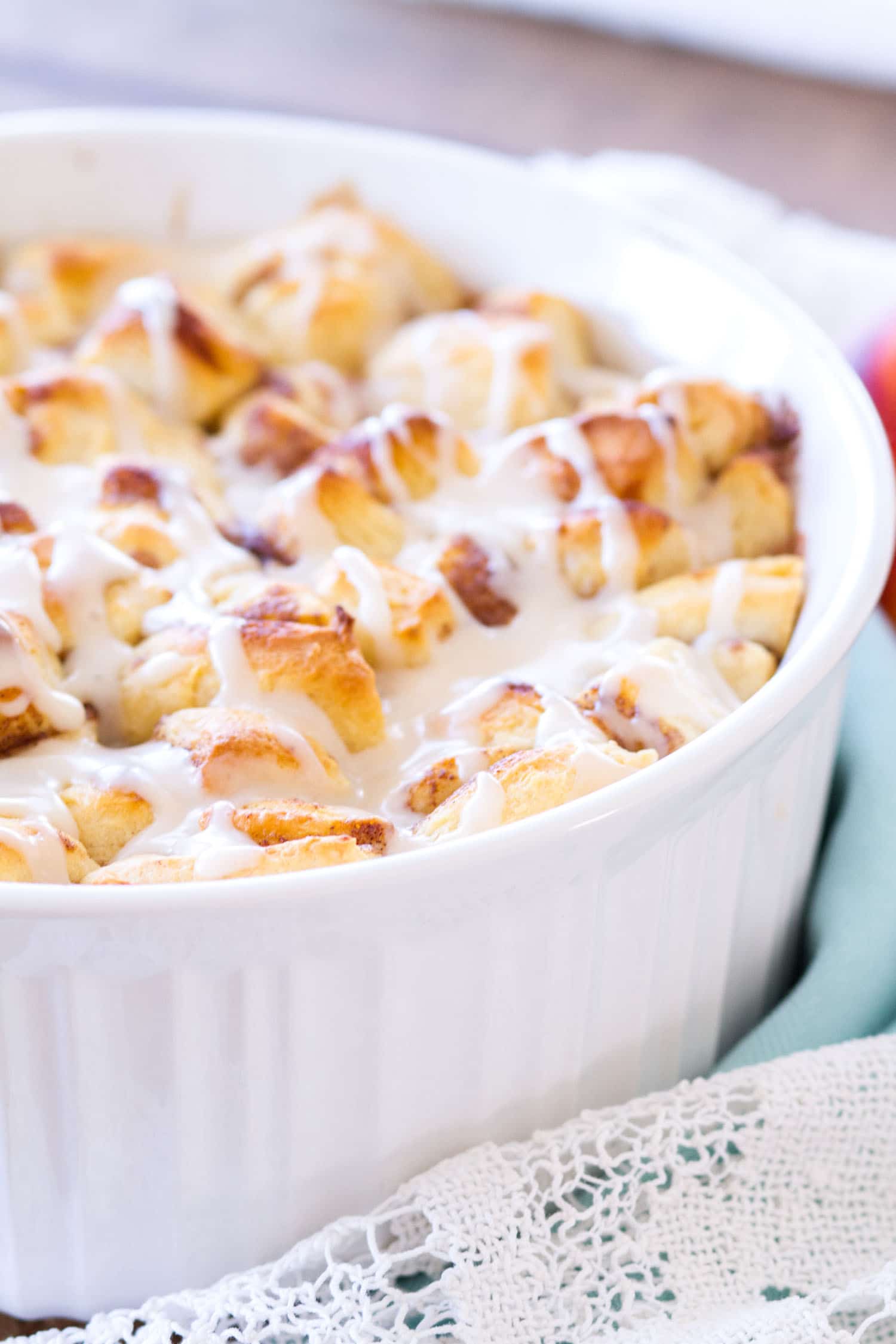 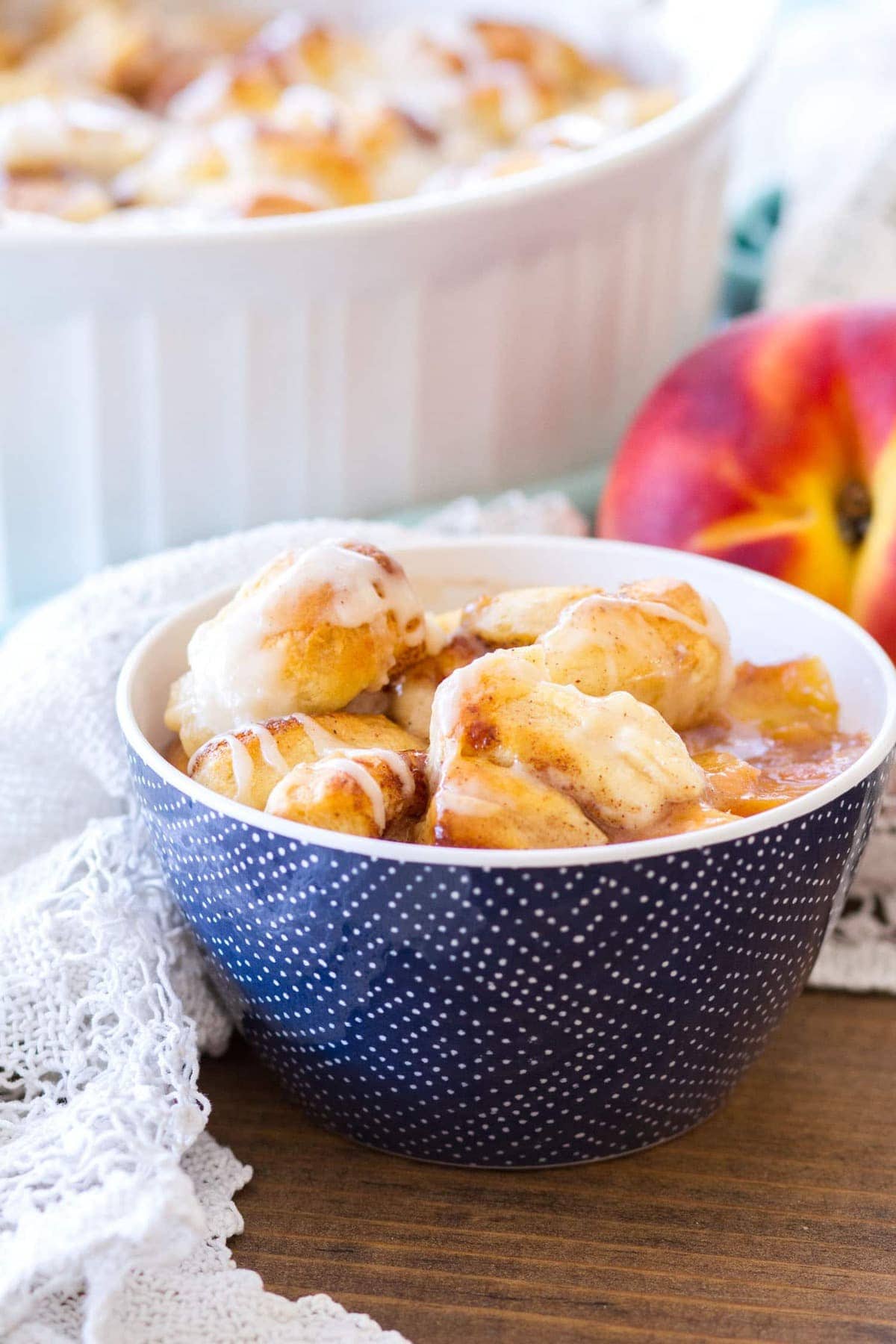 My love affair with the cinnamon roll began in second grade.

It was my childhood best friend’s birthday, and after not slumbering, her mother made all 12 of us a glorious breakfast of cinnamon rolls and bacon (seriously, can I have that every morning??).

I can still remember coming down the stairs and seeing this giant pan of cinnamon rolls slathered in icing sitting in the middle of the table. You’d think it was Christmas morning given how excited I was over this sight (food is my life, clearly).

While I am most definitely a self-proclaimed chocolate chip cookie snob, chocolate cupcake snob, and even a scone snob, ever since I first laid eyes on the cinnamon roll, I will take a cinnamon roll in any shape or form. It doesn’t matter if it’s made from scratch, popped from a can, or made in a grocery store bakery—I can’t resist a cinnamon roll.

Given my cinnamon roll weakness, this Easy Cinnamon Roll Peach Cobbler was a real home run. 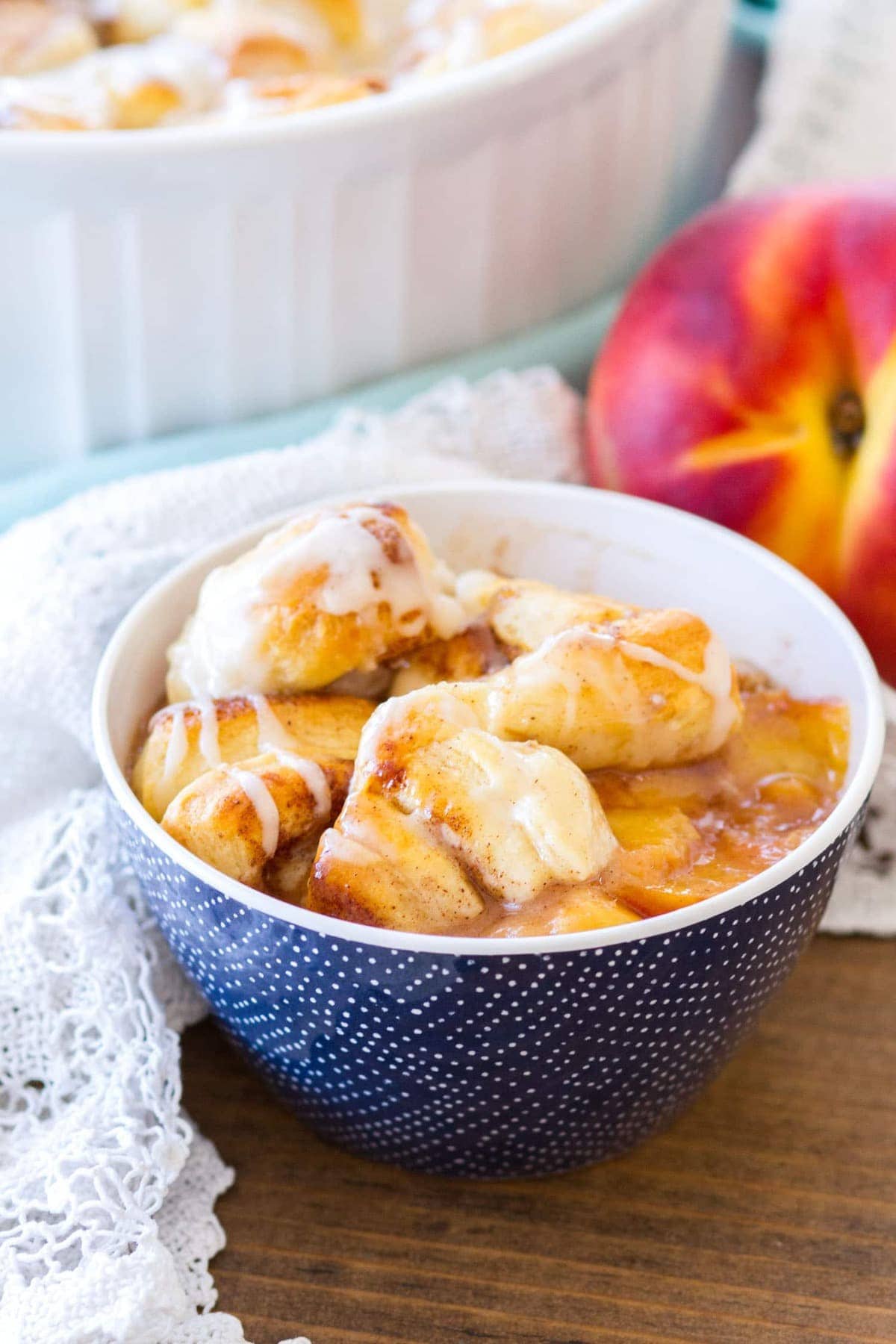 Whenever I’m at the grocery store and see a batch of perfect-looking peaches, I tend to go a little overboard and buy enough to last me all winter (which is super practical, I know—rolling eye emoji, get at me).

It’s like a compulsion, and while logically I know there’s no way I can eat all of them before they go bad, I can’t seem to help myself.

So, in addition to slicing them and eating them, they get put in everything—smoothies, cereal, fruit salad, and cobbler. Really, really, ridiculously good cobbler. 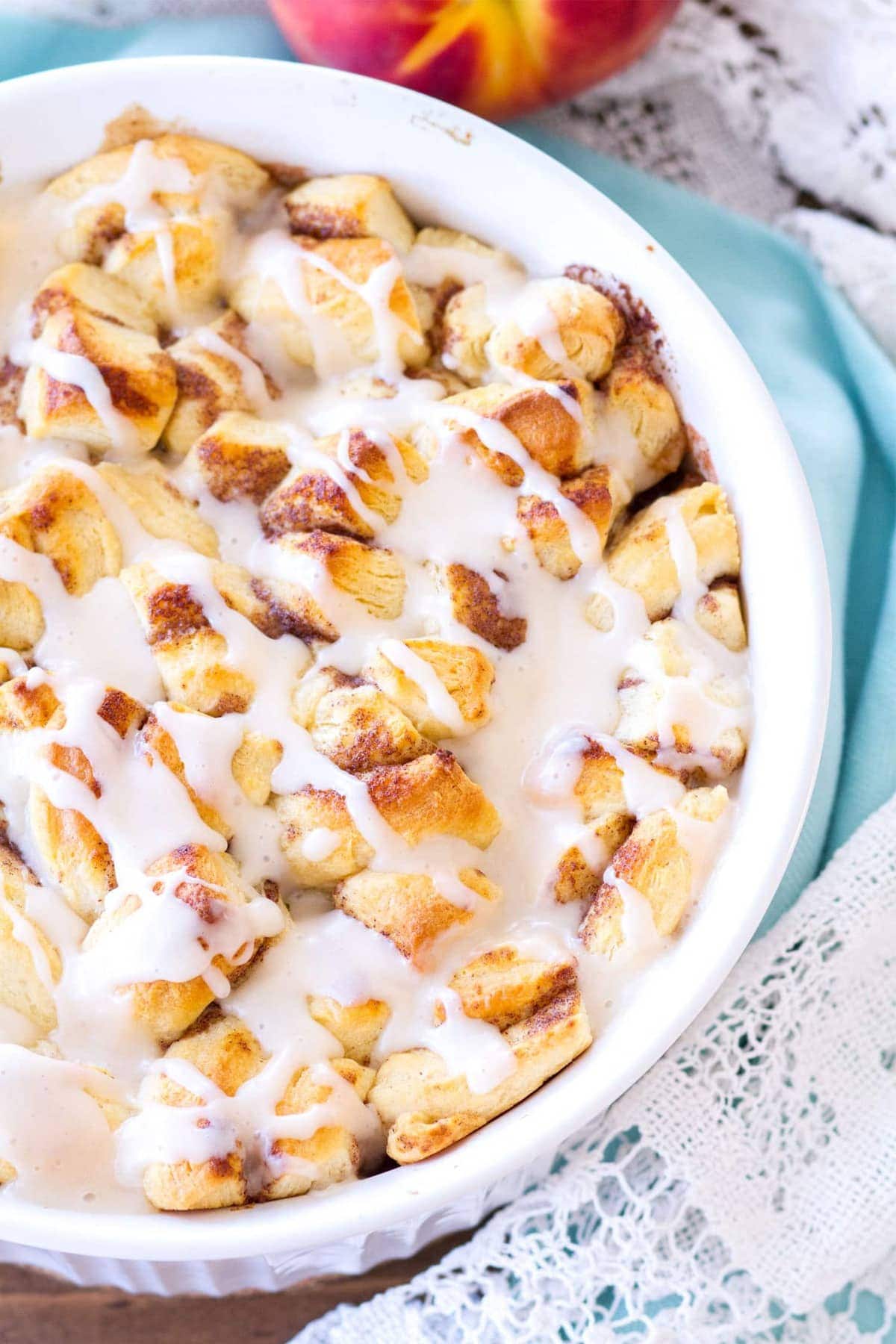 Guys, can we just talk about the convenience of this homemade cobbler recipe for a second?

In essence, you make a peach pie filling, throw it in a baking dish, and top it with pre-made (but super cinnamon-y and gooey) canned cinnamon roll dough.

Fifteen minutes prep work max. Then you put it in the oven, let it get all hot and bubbly, and dig in. 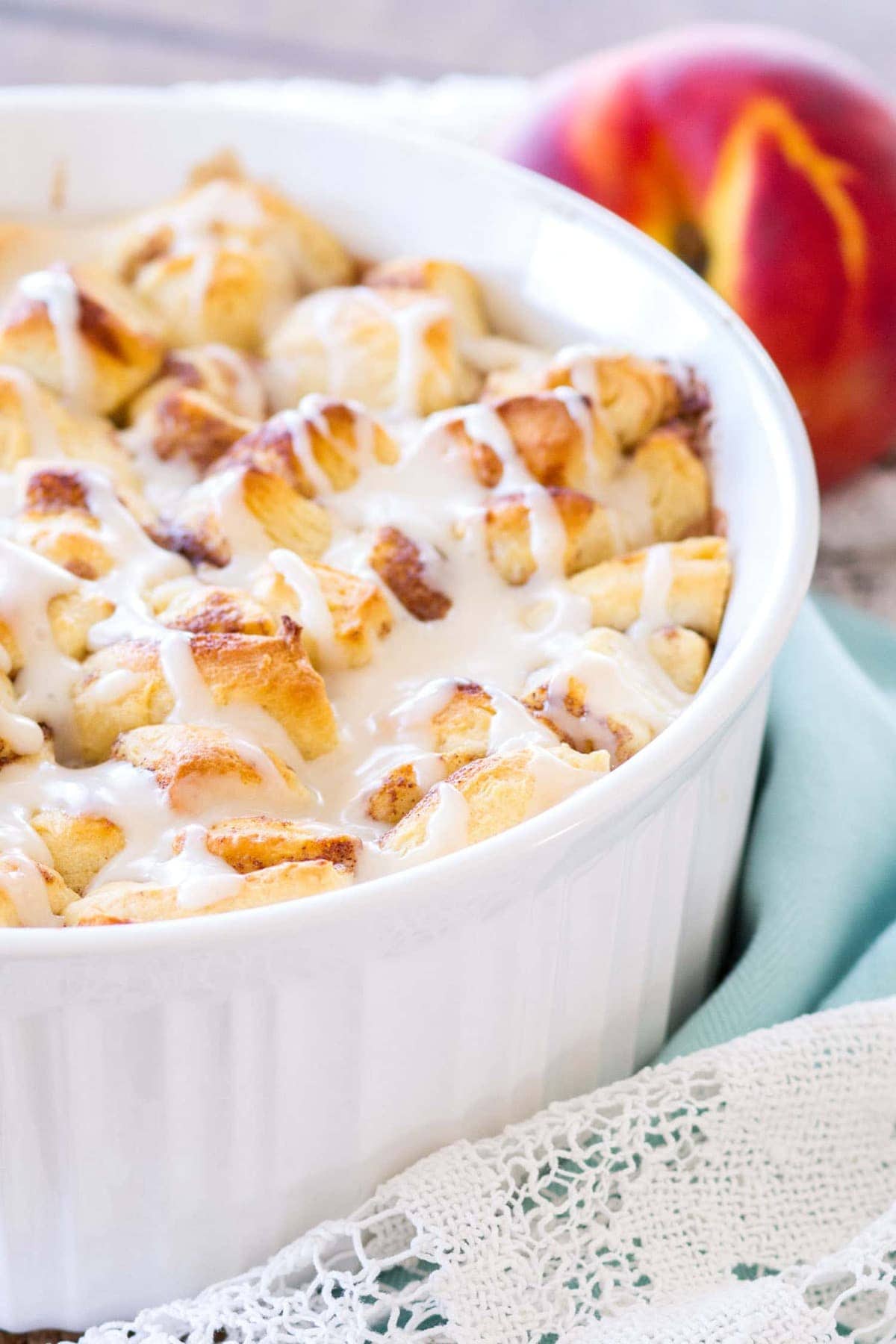 Look at that beauty.

Since it’s made with cinnamon rolls (aka, the best breakfast item there is) and peaches (aka, the perfect fruit), we could totally dig into this at breakfast, right? 😉 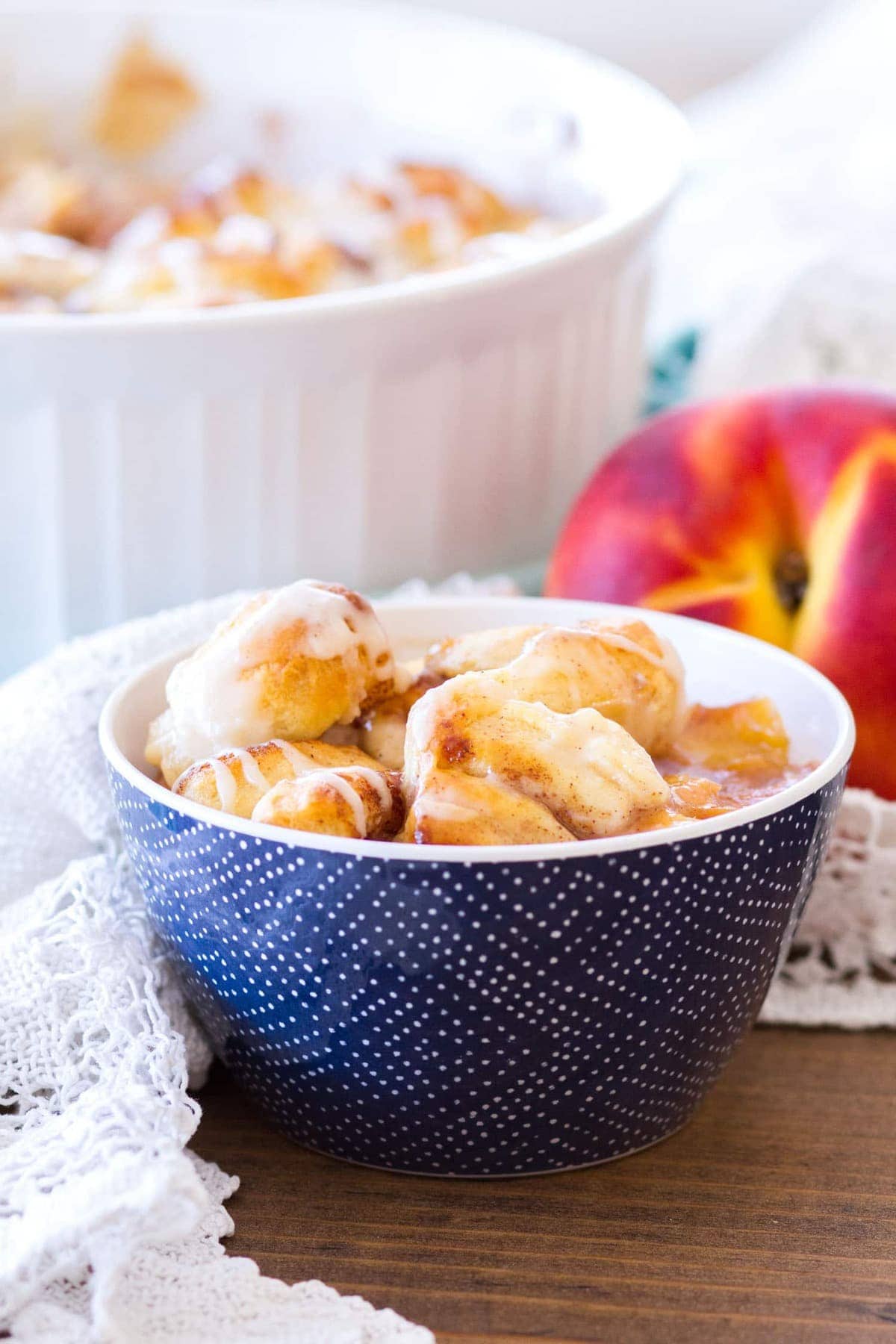 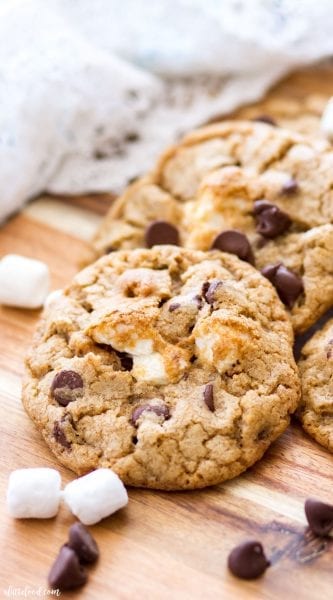 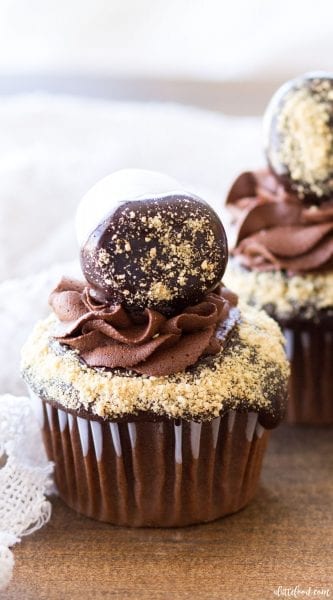 END_OF_DOCUMENT_TOKEN_TO_BE_REPLACED

I'm here to help you win in the kitchen again! Life is Busy, Life is Crazy, but that doesn't mean you can't make your family dinner! Julie's goal is to provide you with easy, family, friendly recipes that use pantry staples. Dinnertime will be stress free again!
More Recipes
2723 shares