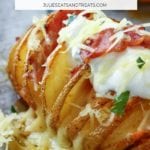 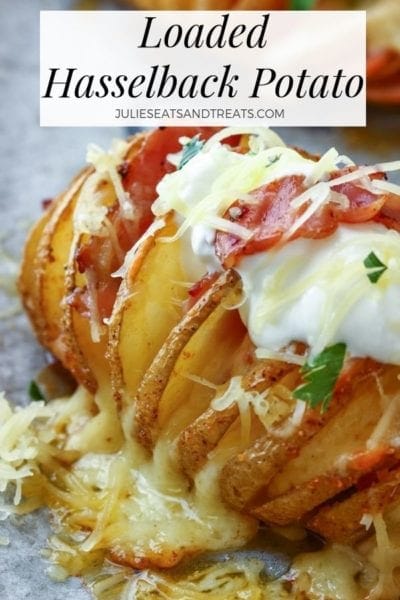 If you’ve never had a Hasselback Potato you are missing out! They are baked potatoes thinly sliced and stuffed with cheese and bacon. Crispy and golden on the outside, soft and creamy on the inside! This Hasselback Potato recipe is topped with sour cream taking them right over the top! 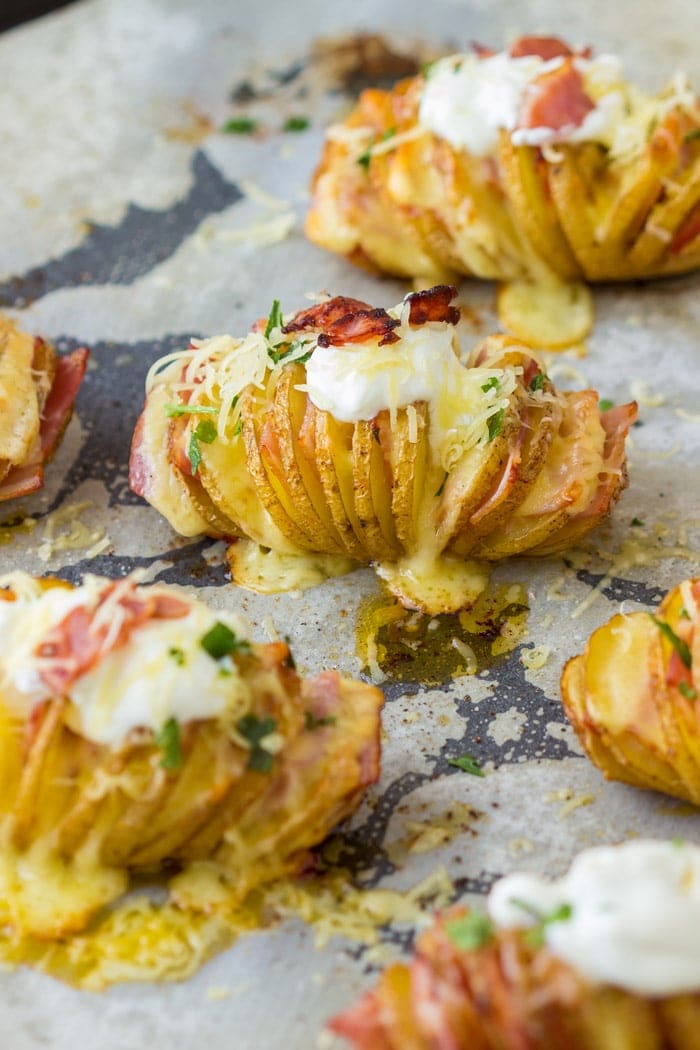 These loaded hasselback potatoes are the ultimate starter or side! Packed with your favorite ingredients they will definitely satisfy your taste buds. Think, crispy on the outside and creamy on the inside, plus loaded with your favorite toppings like bacon, cheese and sour cream!

All these dishes are perfect for this cold season! No matter which one you decide to try, you will be in or a treat. 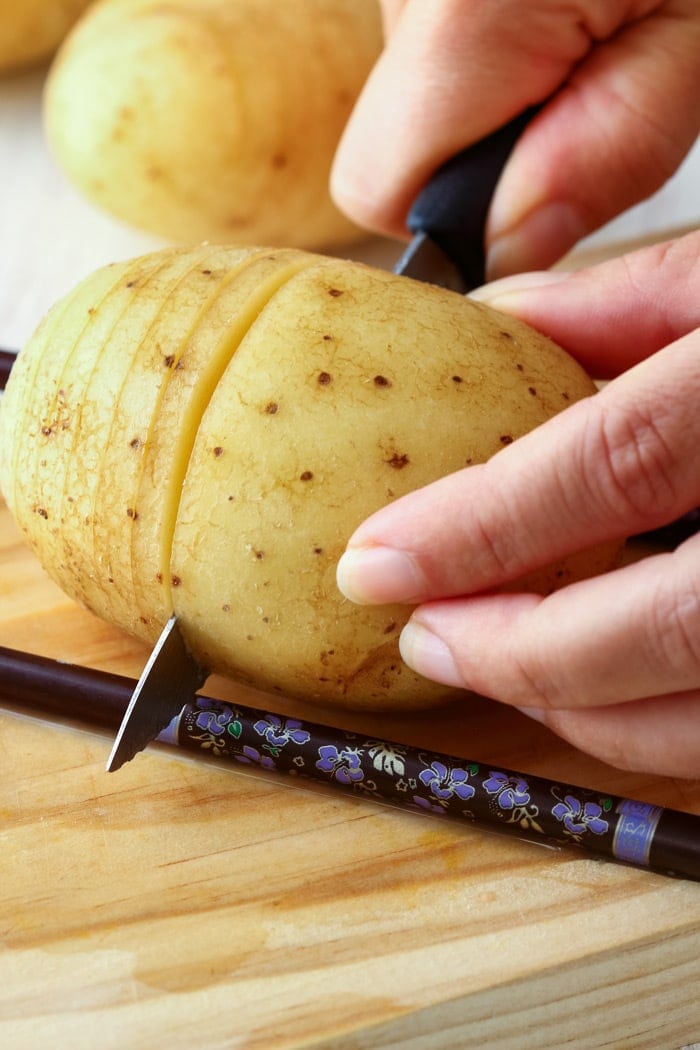 If you decide to make loaded hasselback potatoes, make sure to write all the ingredients on your shopping list. Oh, and don’t forget to take the list with you to the grocery store. Because, you know, those things happen. At least to me! 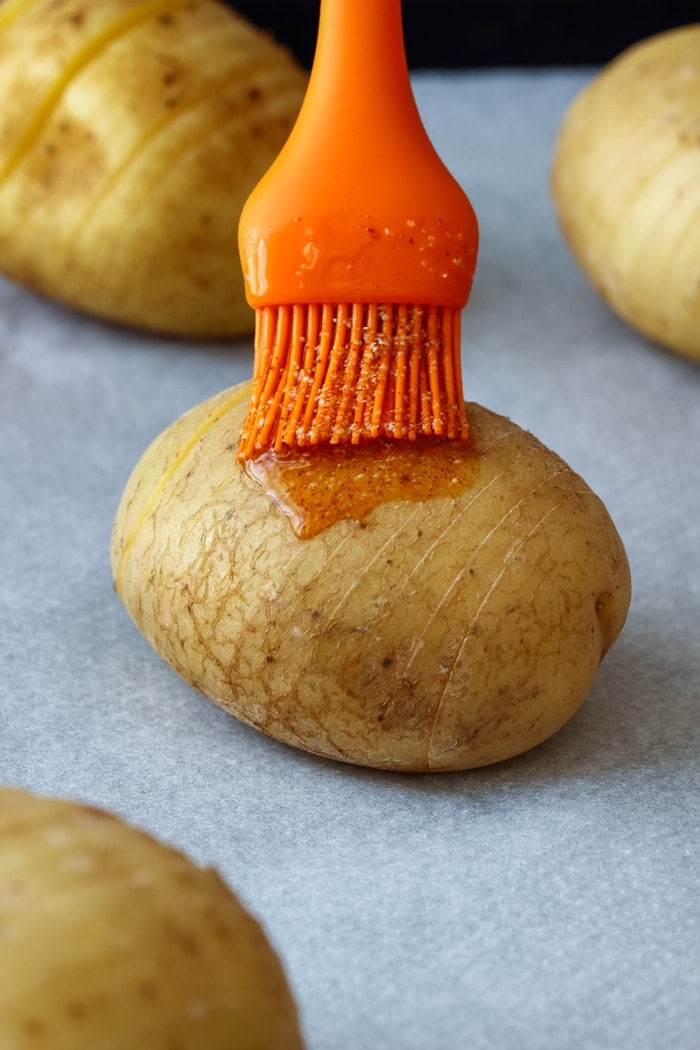 Why are Hasselback potatoes called that?

How long does it take to cook Hasselback potatoes?

I recommend using small to medium potatoes rather than large. If you decide to go for large, then you will only need about 4 of them instead of 8. They need to be washed well because you will keep their skin on. 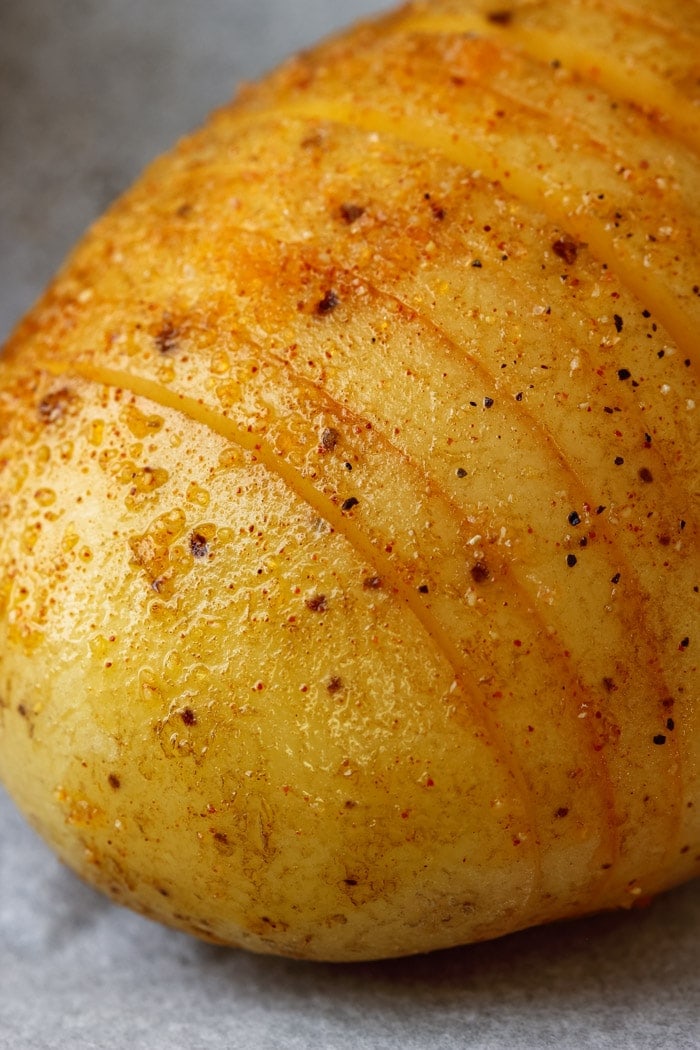 How to make Hasselback Potato Recipe 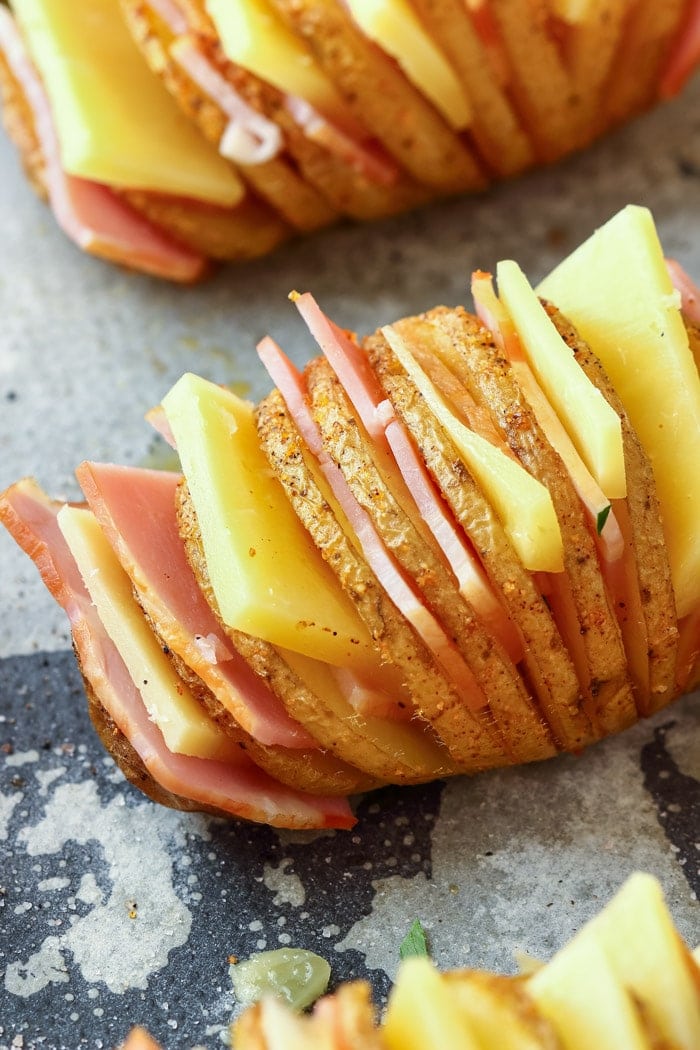 Make several slits into each potato. Make sure you don’t cut all the way through. We need the bottom part to hold everything together. Chopsticks or wooden spoons can be used as a knife “stopper” when slicing.

Once you are done, place them onto a baking tray. I always line my tray with a sheet of baking parchment. It just makes my life easier as all the juices stay on the paper. 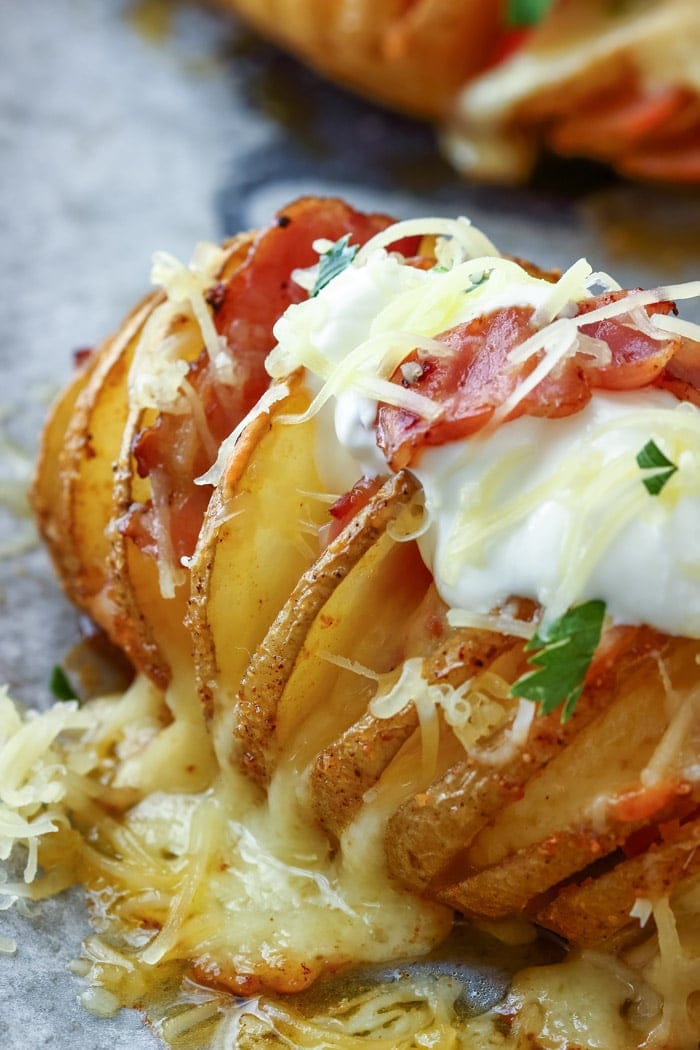 To make these potatoes extra yummy, brush each with a mixture of oil, paprika and garlic powder. Then season them with salt and pepper.

Baking hasselback potatoes takes some time. Somewhere between 60 – 80 minutes. This will also depend on their size and the width of the cuts.

I suggest you check after 55 minutes by inserting a toothpick inside. If it’s going in easy, it is time to add bacon and cheese. 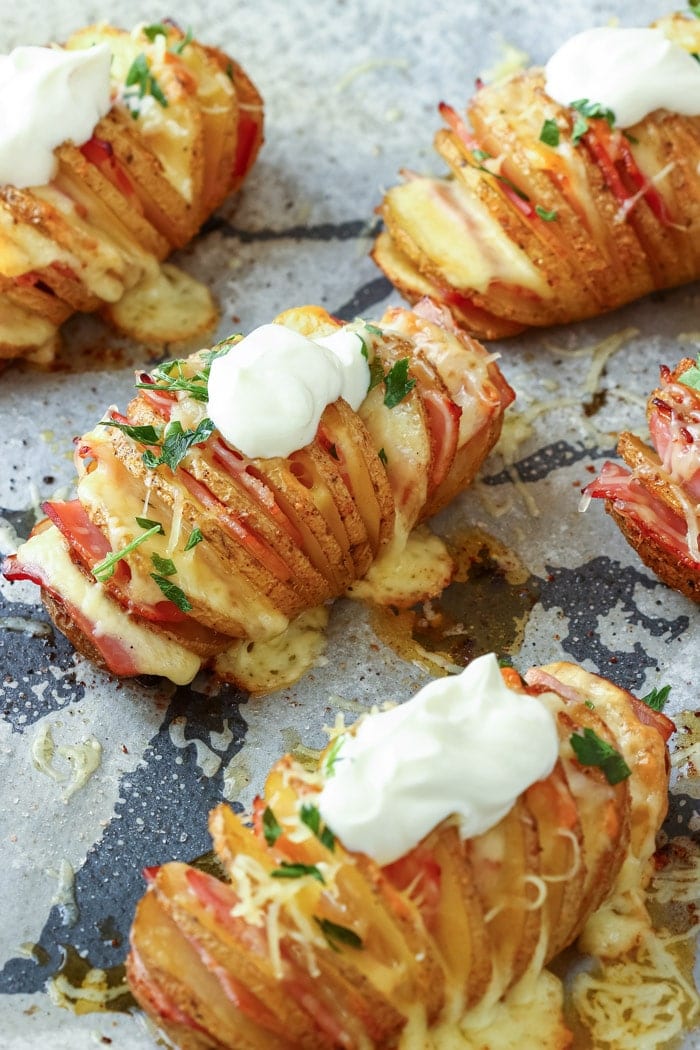 Alternate bacon and cheese between the slices of potatoes.

Return the potatoes back to the oven. Bake for a further 10-15 minutes or until the bacon is cooked. This should not take more than 15 minutes (use thinly sliced bacon strips).

They are best served with sour cream, parsley and topped with extra cheese and bacon.

WATCH THE STEP BY STEP VIDEO FOR THESE LOADED HASSELBACK POTATOES RECIPE BELOW: 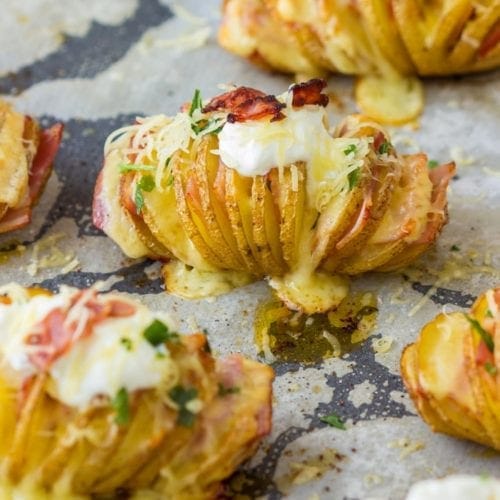 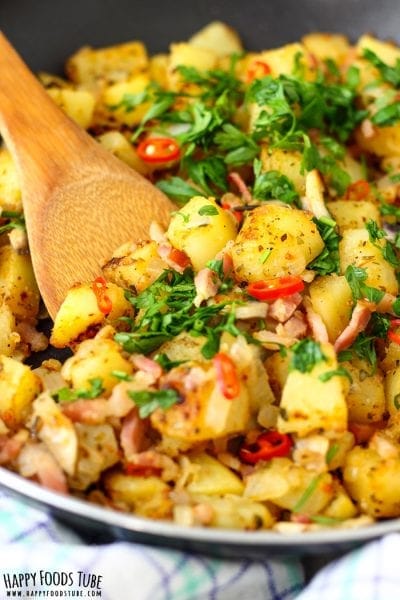 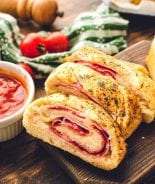 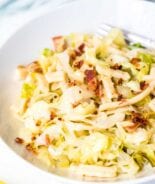 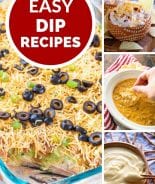 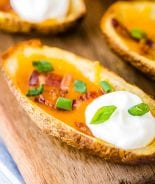 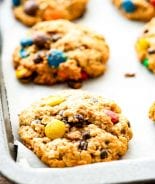