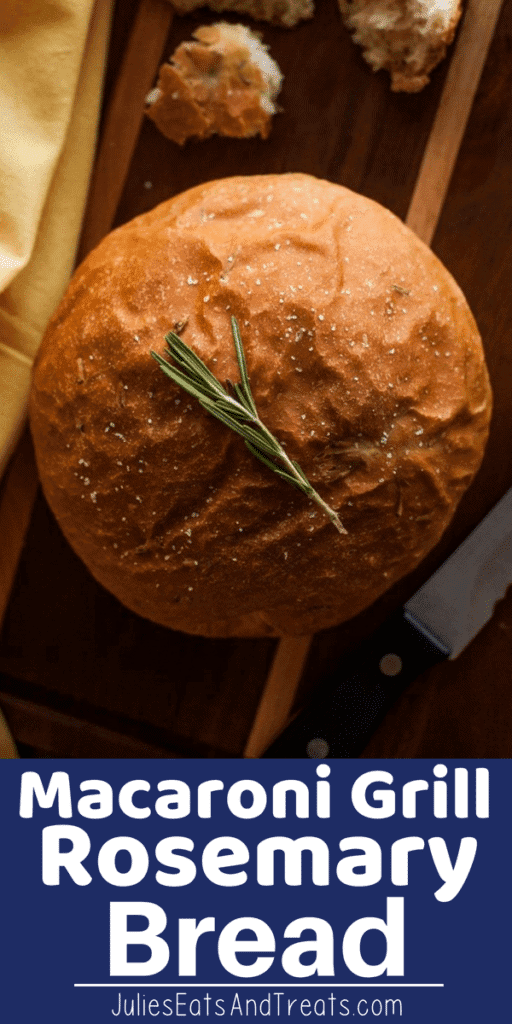 This Macaroni Grill copycat Rosemary Bread is the perfect bread to pair with any kind of pasta. Fresh rosemary makes this fragrant, soft bread the star of the show! Plus, it makes two loaves so call it freezer friendly and have one waiting for you whenever you want it! 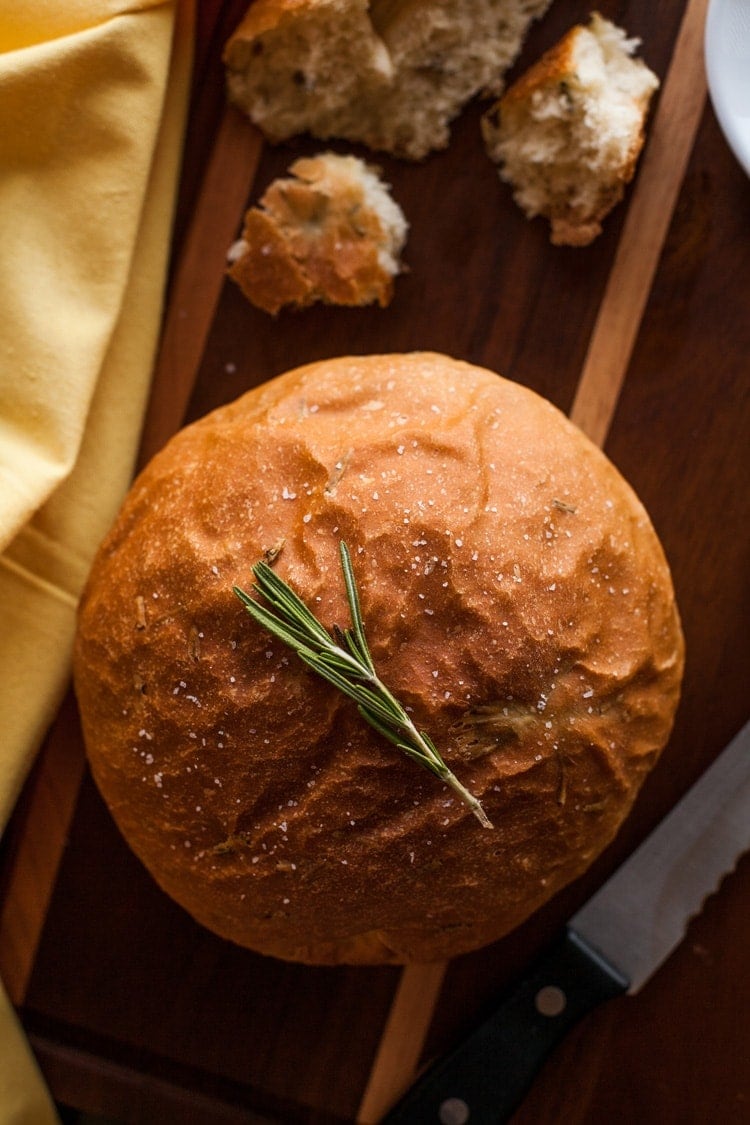 One of the best things about certain restaurants is the free bread that comes with the meal. Am I right? I hope I’m not the only one who gets full on bread before the meal even arrives! This delicious rosemary bread is exactly what I’m talking about! It’s one of my favorite breads and I love going to Macaroni Grill to get the Rosemary Bread alone. Plus, it makes two loaves so you can stock your freezer with one loaf so you have it whenever you have a craving!

One year there was a tornado on our anniversary. We had planned to go to the Macaroni Grill (I had never been) for dinner. Obviously, those plans were put aside on that day. Thankfully, we did go on another day, and I was able to eat their glorious Rosemary Bread. It’s a rustic, free-style bread that you just tear apart and dip in olive oil and freshly ground black pepper. (At our house, we also like to add a little balsamic vinegar to the olive oil). This bread is fragrant and soft and the perfect accompaniment to any pasta meal.

You’ll only need a few simple ingredients for this bread:

You may be wondering if you could use dried rosemary instead of fresh. You certainly could, but I would advise against it for two reasons. First of all, dried rosemary has a texture much like pine needles. It will stab you if you bite into it the wrong way. And no amount of soaking it in water helps to soften it up. (Believe me–I’ve tried). You also don’t get as nice of a flavor with dried rosemary as you do with fresh rosemary.

You can usually find fresh rosemary in small packages in the produce section of any grocery store. At certain times of the year, you can also buy a small rosemary plant and have fresh rosemary any time you like!

How to make Rosemary Bread

In a stand mixer, you’re going to add 1/4 cup of warm water, 2 1/4 teaspoons of active dry yeast, and 2 teaspoons of granulated sugar. Let that sit for about five minutes, until the yeast has become frothy.

Next you’ll add 3 tablespoons of olive oil, another 3/4 cup of warm water, 1 1/2 cups of flour, 3 tablespoons of chopped, fresh rosemary, and 1 teaspoon of salt to the mix. Blend with the paddle attachment until everything is smooth. Then you’ll switch to the dough hook and add in another cup of flour.

Knead the dough with the dough hook on low speed until the dough is smooth and elastic. Add up to an extra half cup of flour if necessary to make the dough only slightly sticky to the touch.

Cover the bowl and allow the dough to rise until more than doubled.

Heat your oven to 200 degrees F. and then turn the oven off. Place your dough in a glass or metal bowl and cover with a tea towel. Put in the oven until dough has doubled. The time will vary based on the amount of type of dough being made, but you can count on this method roughly cutting your rising time in half.

When your dough has doubled, punch it down and turn it out onto a floured surface. Divide it into two equal portions and shape them into balls. 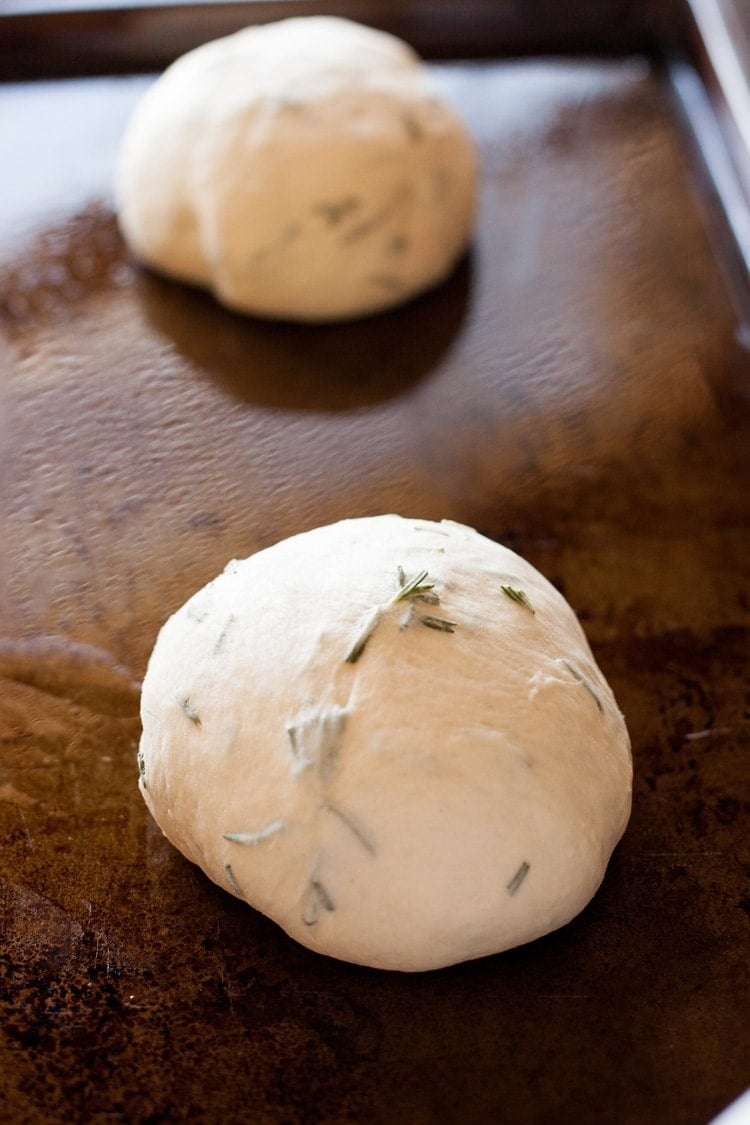 Grease a baking sheet with olive oil. Place the two balls of dough on the baking sheet, spaced evenly apart and allow to rise again, uncovered, until more than doubled. (I don’t suggest using the oven rising method here, as the dough is to be uncovered and may form a skin if put in the oven). 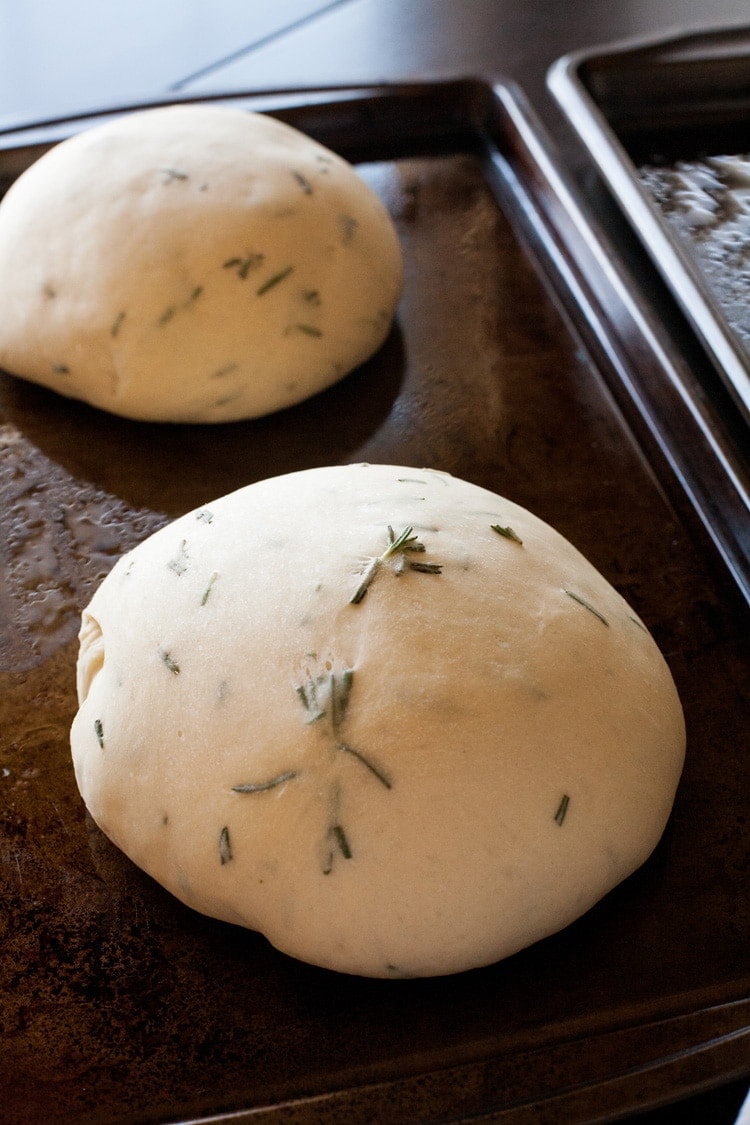 Preheat your oven to 400 degrees F. When your oven has reached the correct temperature, put the bread in for ten minutes. Then remove briefly from the oven to brush the tops with olive oil and sprinkle with kosher salt. Return the bread to the oven and bake 10-15 minutes longer, until golden brown. Allow to cool slightly, then serve with extra virgin olive oil sprinkled with freshly ground black pepper. 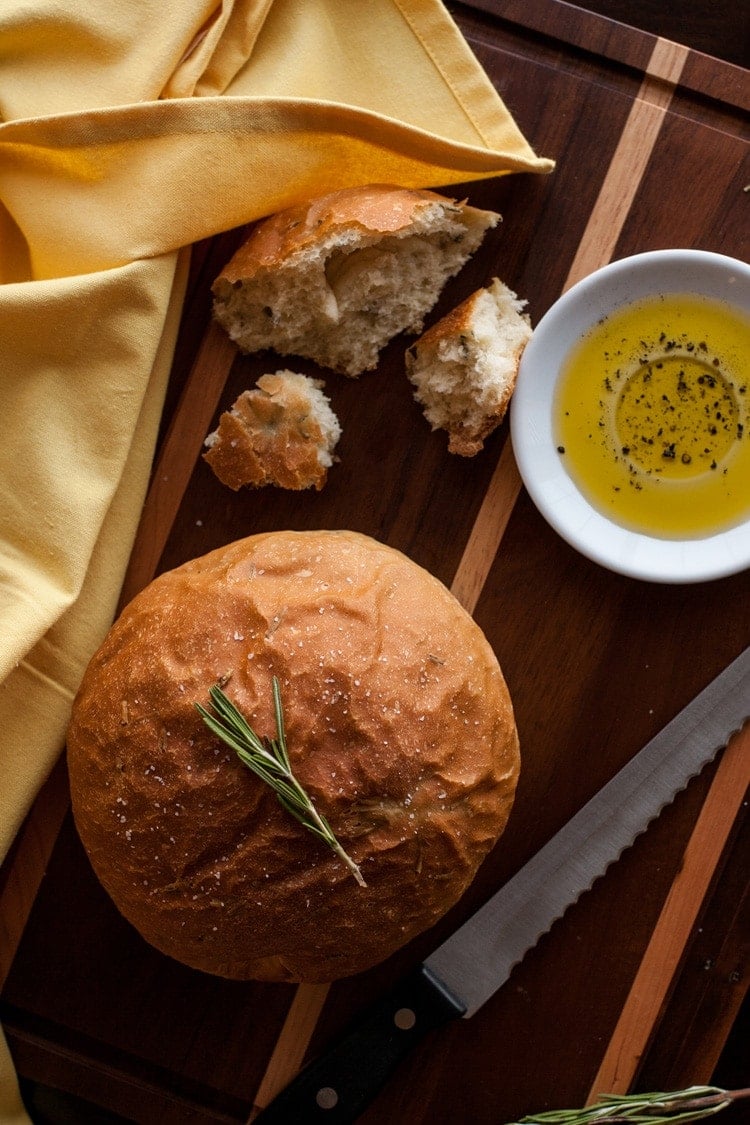 This bread is so simple to make, and it also freezes well. The recipe makes two loaves, so if you have a small family, it’s great to just freeze that extra loaf and have it on hand for your next pasta night!

END_OF_DOCUMENT_TOKEN_TO_BE_REPLACED

I'm here to help you win in the kitchen again! Life is Busy, Life is Crazy, but that doesn't mean you can't make your family dinner! Julie's goal is to provide you with easy, family, friendly recipes that use pantry staples. Dinnertime will be stress free again!
More Recipes
539 shares