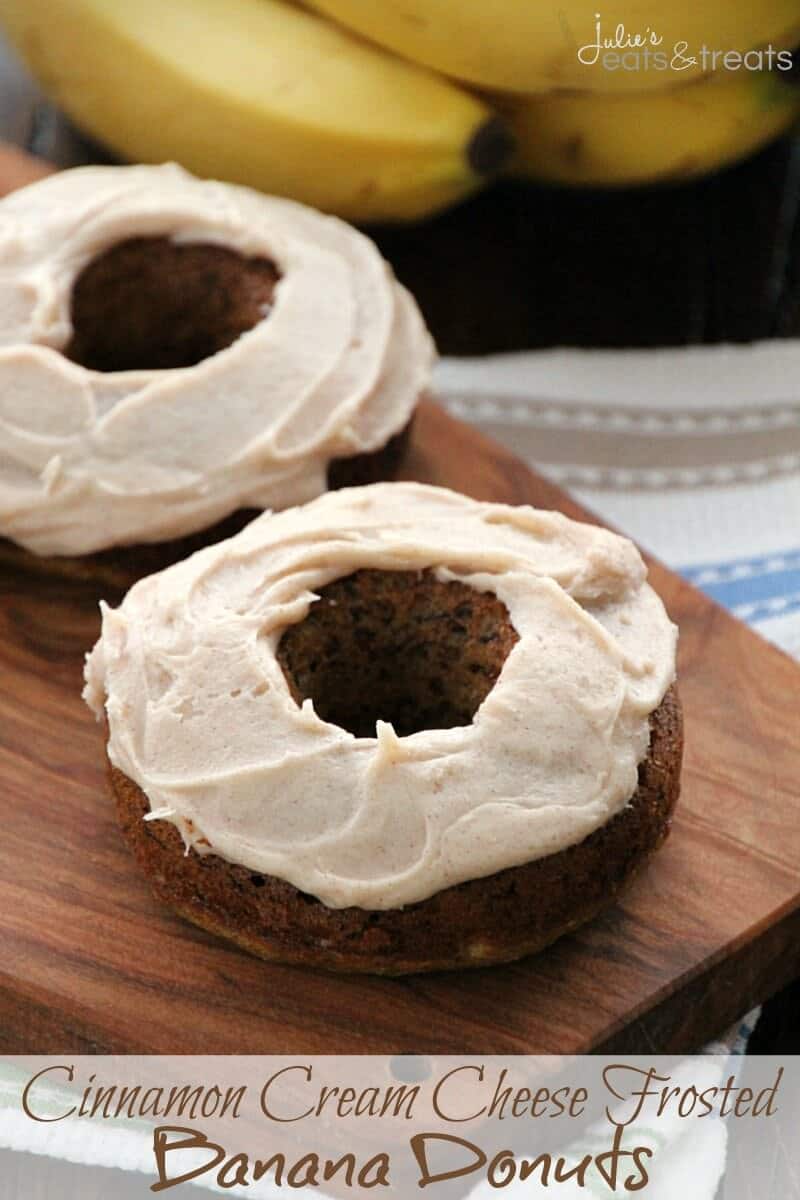 Well it looks like spring has came and went. Guess where it went? Right back to winter. Sigh. As I currently look out the window there is a blanket of white covering the ground and more snow falling. The hubs checked the radar and informed me that it looks like it won’t quit for a while. I knew spring this early was way to go to be true. Yet, I still hoped and wished that it was here to stay. Do you blame me? A girl can hope right? I should know better in this instance to hope for an early spring. We’ve hardly had any snow so we are bound to get some at some point! 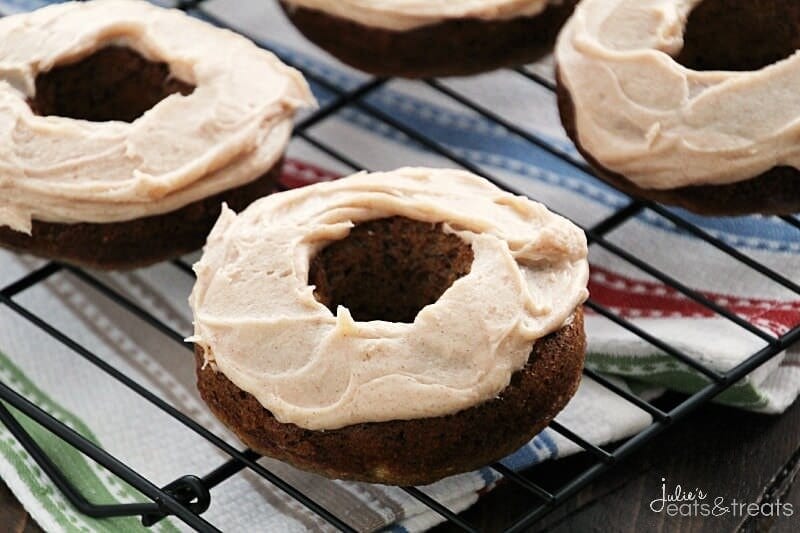 Since it’s still snowing I feel the need to continue to make food that I can warm up with. These banana donuts with cream cheese frosting totally hit the bill. There is nothing more comforting to me than banana bread, but sometimes you want something a little bit different than banana bread. Anyone with me here? Enter these donuts. Oh. My. Goodness. I wish I could send some through the computer screen to you. They are heavenly. Perfectly light, fluffy and moist. They taste just like banana bread and then are topped with a delicious cream cheese frosting spiced with a little cinnamon. Plus they are baked and I used Truvia® Baking Blend instead of sugar so they are lightened up for you! This is a good thing because hopefully it will be summer and we can think about shorts and bathing suits instead of snow and winter! 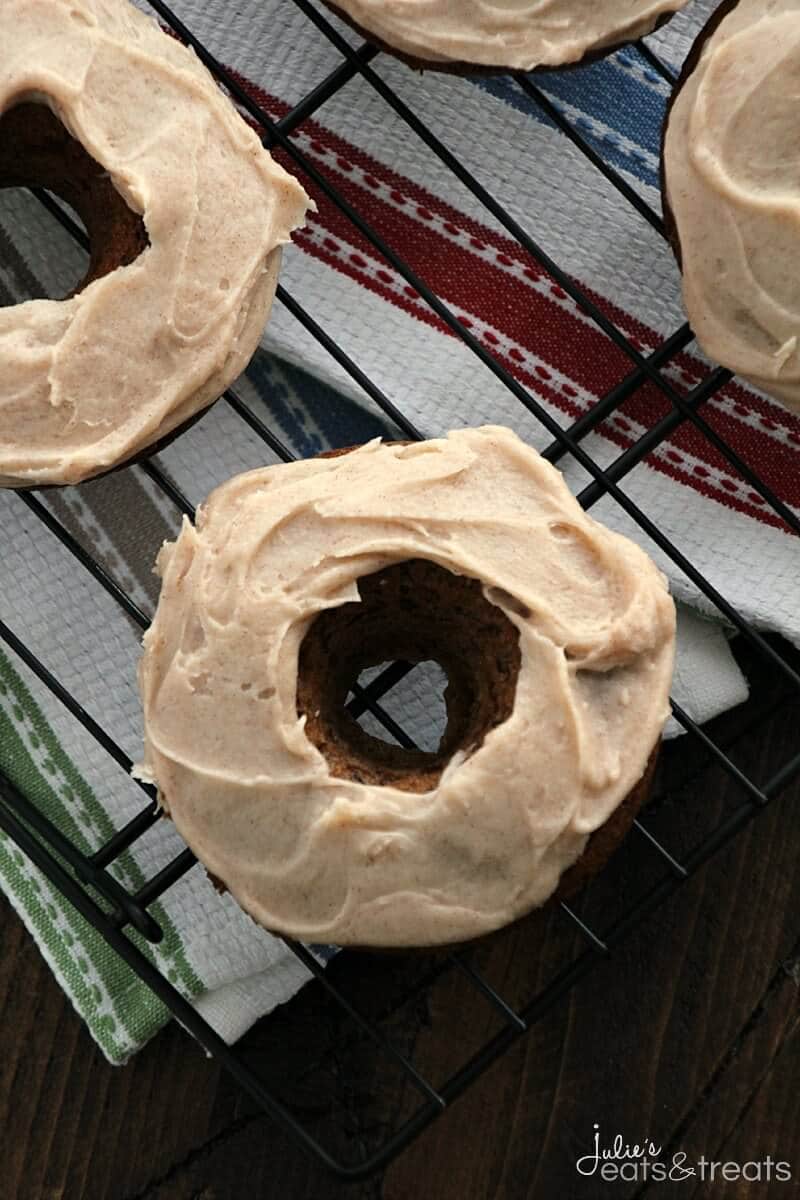 Since I’m such a nice person I even shared these donuts with our family. The hub’s siblings were over getting ready for his Dad’s surprise birthday party in our shop and I kept stuffing them full of food because when I have a captive audience I take advantage of it! These donuts were by far the hit of the day. My niece kept trying to sneak more of them which we giggled at and Miss K kept giving her uncle Cory the evil eye when he would take her other half of her donut. You guys have GOT TO MAKE THESE! 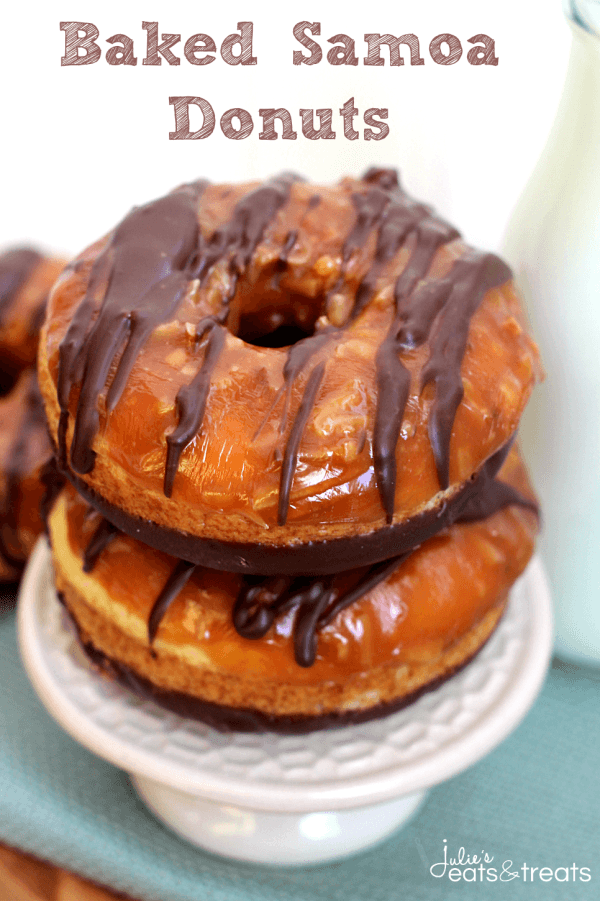 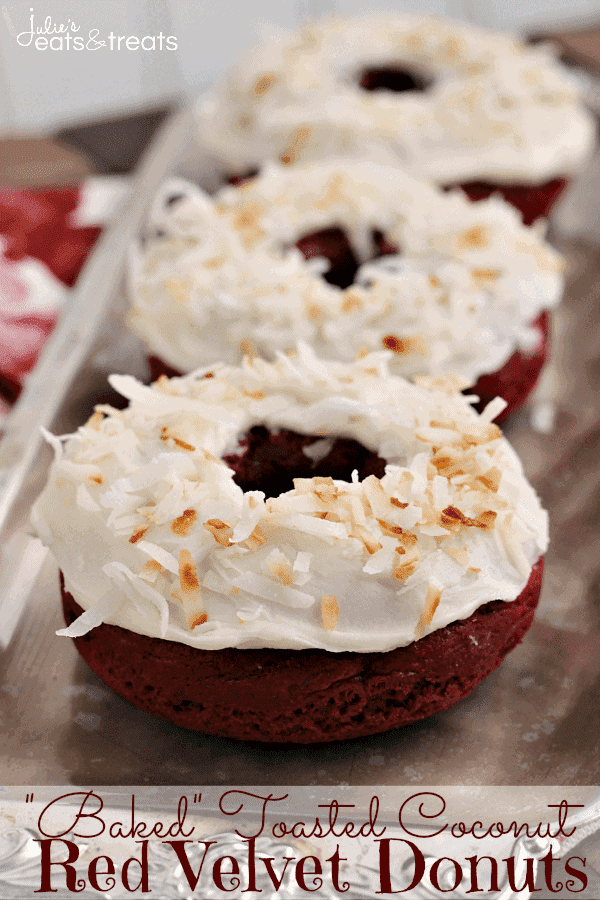 END_OF_DOCUMENT_TOKEN_TO_BE_REPLACED

I'm here to help you win in the kitchen again! Life is Busy, Life is Crazy, but that doesn't mean you can't make your family dinner! Julie's goal is to provide you with easy, family, friendly recipes that use pantry staples. Dinnertime will be stress free again!
More Recipes
534 shares