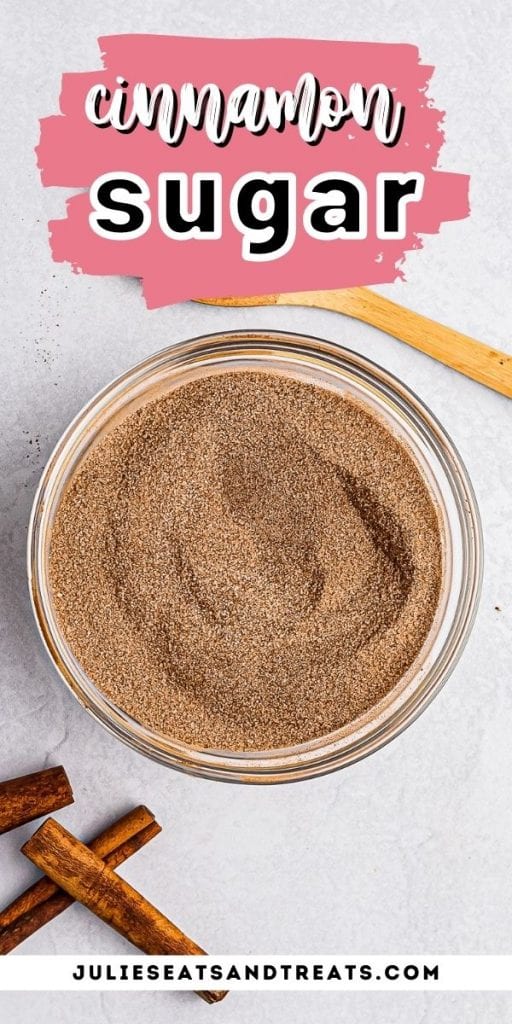 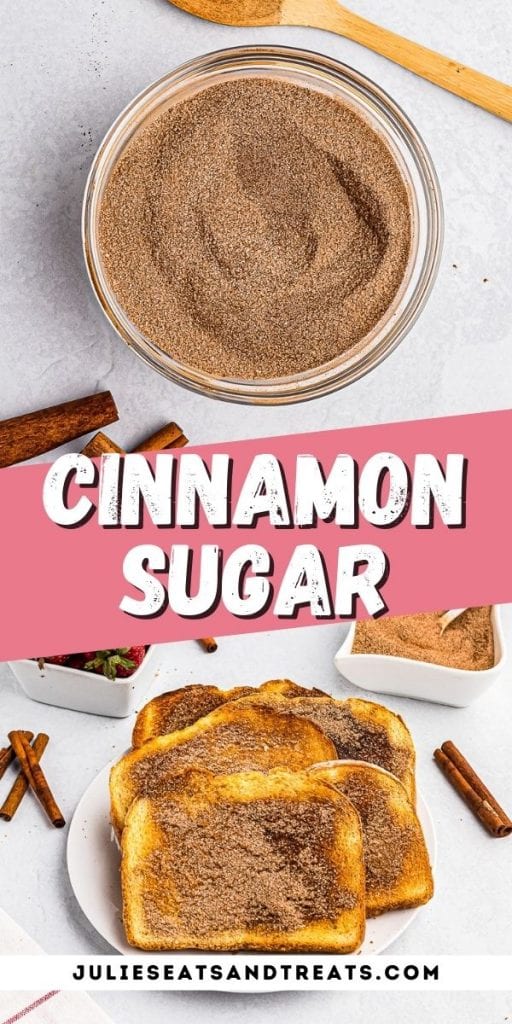 It’s so easy to make the simple combination of Cinnamon and Sugar at home. There’s no need to buy the mixture at the store. Dust it on your buttered toast, over french toast, bagels, flour tortillas, popcorn and more. The perfect sweet and spicy mixture.

Once you learn how easy it is to make this easy Cinnamon Sugar you’ll be wondering why you ever grabbed that premade bottle off the shelf at the grocery store!

The ways to use this simple mixture are endless. We love rolling our French Toast Sticks in it or dusting it on French Toast.

Waking up in the morning to a piece of hot buttered toast and cinnamon sugar is something I grew up with! Or maybe you want to treat your family to our famous Air Fryer Donuts rolled in this.

Why this recipe works:

Yes, that’s right all you need is cinnamon and sugar for this recipe. Things you usually have stocked in your pantry so there’s no reason to need to buy this at the store. You can make it exactly how you want it by adjusting the cinnamon and sugar ratio.

To make it all you do is dump the two ingredients into a small bowl and mix it together. That’s it.

Told you it was so easy to make that you don’t need the premixed version!

This version will make about 3/4 c. of cinnamon sugar.

So easy to make it your own!

After you’ve mixed up you’ll want to store it in an airtight container or resealable food storage bag.

It will keep forever, but cinnamon does loose it’s potency over time.

Great Ways to Use it!

If you have a chance, and give these a try I’d appreciate if you left a five star rating too!

STORAGE After you’ve mixed up you’ll want to store it in an airtight container or resealable food storage bag. It will keep forever, but cinnamon does loose it’s potency over time.